Dwayno to release five albums in 2019 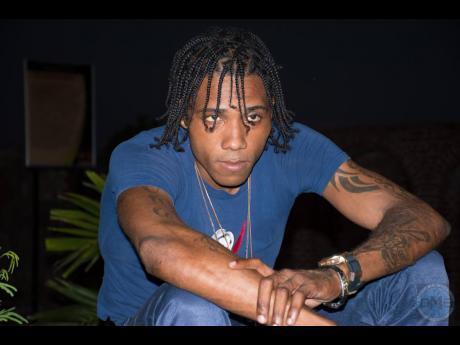 Bilingual dancehall singjay Dwayno will be attempting a musical coup of sorts with the release of five albums in different genres this year.

These include a roots rock reggae album, a dancehall album, a soca album, a full African language album, and a full Spanish album.

"We are determined to get it this year. I am building my catalogue with different types of music, working with a lot of local and international producers and artistes like Pamputtae, Sheba, Stylish, Alozade, Chivea, Sentenal, and Souljah Love," he said.

The albums will be released under the Dwayno Recordz/Different Medz Entertainment imprints, the brainchild of the artiste.

Dwayno lives in the US, and he believes that he can use his Spanish language skills to carve out a loyal following in Latin and South America.

"I have a Spanish tour coming up which will have shows in Costa Rica in March, Nicaragua and Mexico in May," he said.

The artiste is now preparing for his Costa Rica tour, along with veteran DJ Merciless, and he has several shows booked in the US.

He now lives in the US, where he has witnessed the extensive reach of reggaeton. Over the past decade, the genre has seen increased popularity across the predominantly Spanish-speaking Central and South America.

Dwayno believes that there has also been a corresponding rise of reggae music in South America, hence why he is amping up his production of songs that cover all genres of reggae and black-influenced music.

"ln 2018, my Spanish album titled Mi Vida was considered for a Grammy nomination so I am confident that this approach will work," he said.