Quality wants to be Jamaica’s next star 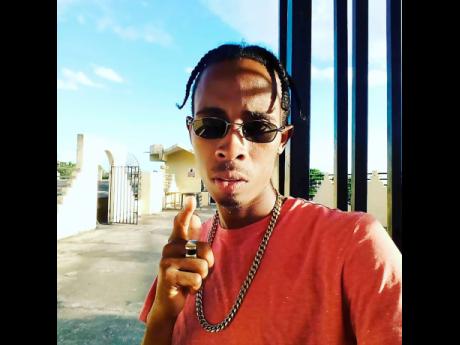 Growing up on Park Lane on Red Hills Road, St Andrew, rising singjay Quality says musical inspiration was all around.

The community is home to esteemed acts like Flourgon, Sanchez and Daddy Lizard, but Quality said that he does not feel any pressure to be the next big thing from Park Lane.

"It's not pressuring because I'm doing my own thing," the 22-year-old told THE STAR.

"It was inspiring to be around so many veteran deejays doing dem ting and observing them. One day me seh I'd like to be in that spotlight, so I decided to focus on it."

Quality, whose real name is Shakir Campbell, first explored his interest in music while in first form at Pembroke Hall High School. After obtaining certification in electrical skills at the HEART Trust/NTA, he launched his music career last year with his debut release Giving Thanks. The rootsy-conscious number, which was produced by Michael Reynolds, embodies his positive style, as he shared: "I like cultural, reggae type of music, but sometimes I do a little dancehall. But the music is still clean."

His other releases include Road Crusher, Golden Touch and Stronger, the latter of which he hopes will be the track for his debut music video.

Although he is still new to the game, Quality is pleased with the feedback to his music.

"Everybody saying I have a nice voice and good music, and they say I should just keep focused and aim higher. Every young artiste may face a little challenge, but the views of my songs on YouTube motivate me 'cause it climbs each day," he said.

He plans to promote himself for the rest of the year, and he also has aspirations of becoming the island's next star.

"I wanna be the next number one singer in Jamaica and even over the world. Me a gwaan continue this music thing 'cause I'd like to achieve as much as I can."

Interesting Facts: Attained his moniker, Quality, through his childhood nickname.

Inspiration: Beres Hammond and loved ones