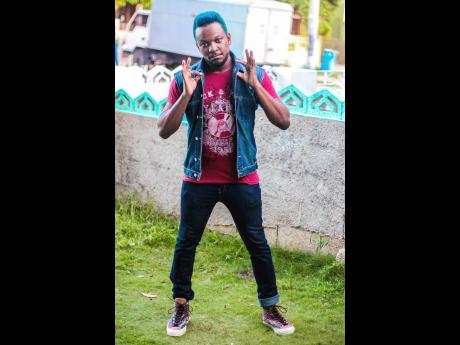 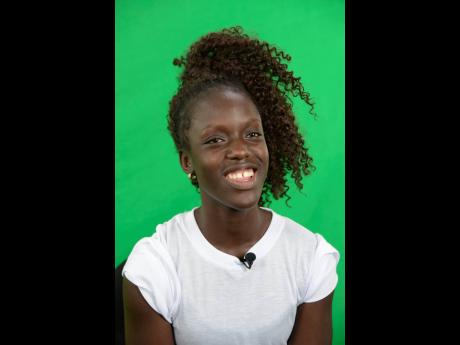 Dancehall deejay Ganggoolie is speaking out after receiving backlash on social media for excluding Mackerel from a music video bearing her name.

But another talent is used instead of Mackerel, whose vocals are on the track's intro.

Speaking to THE STAR, Ganggoolie explained that Mackerel was offered J$10,000 to appear in the video but was a no-show.

"Mi never interested in doing a video but the song tek off, and the director, Kash Visuals, offered to do it. So we link her management team and dem seh dem want J$25,000," he said. "Mi seh how mi fi give unuh that and a mi a sing 'bout somebody? A she shoulda pay me. Mi seh me will deal with her transportation and food, and give unuh J$10,000."

He said that on the day of the shoot, Kash called Mackerel and she said that she was on her way.

When contacted by THE STAR, Mackerel said she was only offered half the amount, and said Ganggoolie is trying to capitalise off her brand.

"J$5,000 him did waan give me fi be in the video, and mi tell him mi want more than that," she said. "When him do the intro, him never call me and ask. We woulda appreciate if him did do that, but him seh when him do other songs bout Kartel him couldn't call dung Kartel phone. You a mek money off mi intro, at least use your conscience. Me realise him just a look a hype off me and me nuh inna the contention."

But Ganggoolie denies the latter, saying the track was recorded in early March, before her increased popularity, for which he takes responsibility.

"Even if somebody a give yuh J$5,000, yuh a go put money over your career when a somebody a sing bout yuh?" he asked. "She a mix wid the wrong crowd. Never be ungrateful to the person who helped you. A me buss you girl, my song buss you because your likkle slang nah go play inna nuh dance or pon radio. A bad mind yuh bad mind me fi the song and then go turn artiste. Me happy for her, me nuh bad mind her, but a my song mek yuh tun artiste."

Ganggoolie is known for making songs from trending topics on social media, like his 2018 tracks Neymar Dance and Like Spice.

Despite the backlash, he said he has no regrets about doing the Mackerel song.

"Me can't have regrets because a something good me do, me help a ghetto girl weh never have nutten eat food," he said. "Me sing the song before she have name, when everybody a call her cockroach and a disrespect her. Me tek the cockroach stigma off her. Me nuh know a who get in her brain but me a go see how long the hype last for."