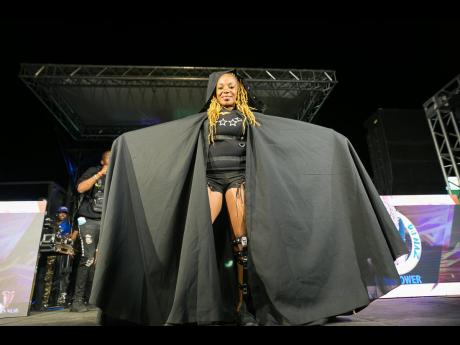 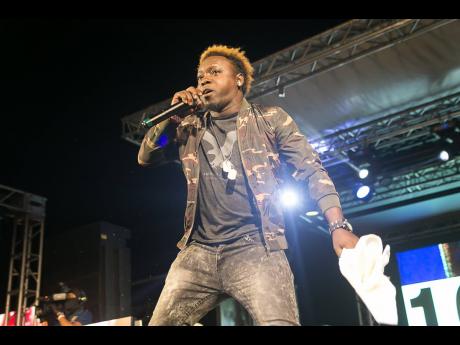 Digital Wave Sound delivers an intense set during the first round of the night. 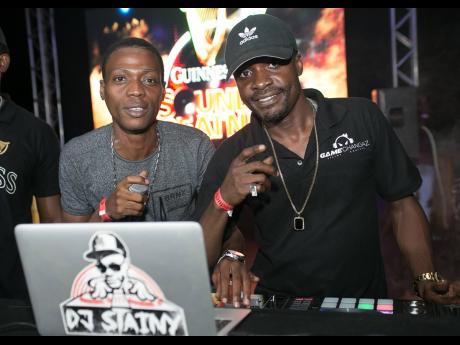 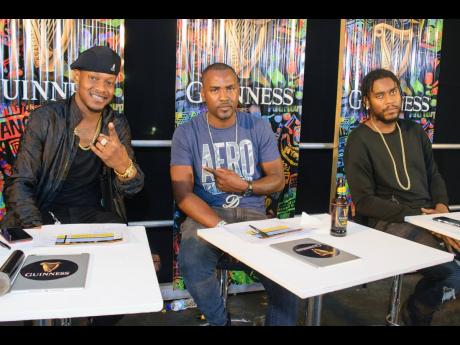 In the end it wasn’t much of a contest. Female selector DJ Naz easily won the first competition in the 2019 Guinness Sounds of Greatness series held Friday night in front of a massive crowd at the Buckfield playing field in Ocho Rios, defeating Dynamq in the play-off.

And when Digital Wave was disqualified because they played a song with a curse word, from thereon in there could have only been one winner.

So it came as no surprise at the verdict reached by judges Bishop Escobar and Notnice, along with guest judge Damion Delingy.

The selectors competition saw each entrant being given 15 minutes in the opening juggling round, with surprise (unadvertised) sound Presto Mix leading the way.

Presto Mix opened with Sizzla’s Praise Ye Jah, Ballistic Affair by Leroy Smart and Hallelujah by Sanchez but earned a cool reception. Although they picked up a bit during the session, it was clear it wasn’t going to be their night.

Declaring herself “(reggae veteran) Joy White’s daughter,” Naz made a dramatic entry in a black cape and immediately ignited the crowd. She touched Change Gon’ Come before swinging into a slew of Bob Marley songs, including Natural Mystic, Who The Cap Fit, Crazy Baldhead and War, as well as Dennis Brown’s Promised Land and Here I Come before dubs from Nesbeth and Bounty Killer. The crowd rose for her.

Dynamq came into the clash with a reputation as a leading African sound but found the going tougher than expected in Jamaica. Dubs by Tanya Stephens, Govana, Bounty Killer, Mavado and even new reggae sensation, Koffee, failed to ignite the audience.

Digital Wave from St Elizabeth rocked the crowd and some in the audience expressed that they were the leader after the juggling round. They actually showed imagination and were the only team to play hip hop. They started with Father God and Lord I Pray and got a good response throughout.

But the promise of a showdown with DJ Naz fizzled with their disqualification. In the end, Presto Mix and Dynamq squared in the challenge round to see who would play DJ Naz in the dub-for-dub round to choose the winner.

The two were given the task of playing five songs each, by artistes whose names begin with the letter B, which saw the selectors drawing on tracks by Baby Cham, Buju Banton, Bushman, Bob Marley, Bounty Killer and Beres Hammond.

In the end, Dynamq prevailed and came up against DJ Naz in the final, dub-for-dub round.

Dynamq’s heavy reliance on older specials such as Serious Times by Admiral Tibet, Cocoa Tea’s 18 and Over, Stealing by John Holt, backfired as DJ Naz featured current dancehall acts on her specials. This was except when she played Sizzla’s Rise To The Occasion and when she later expressed her sympathy for her opponent.

“In a way, mi feel sorry fi Dynamq Sound,” Naz said, as she replied to Gregory Isaacs’ Love is Overdue special with Mighty Diamond’s Have Mercy.