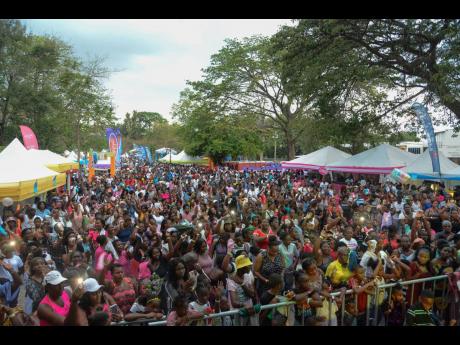 A section of the crowd at Funfest, held on Easter Monday. 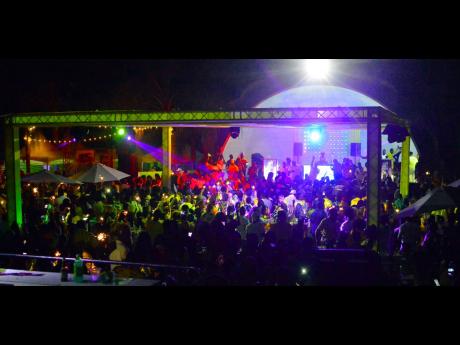 Patrons gather near the stage at The Lawn, held last Sunday at Hope Gardens.
1
2

With spaces to host entertainment events already limited in the Corporate Area, clampdowns on the few spots being used as venues are a promoter's worst nightmare.

Hot on the heels of last month's ban imposed on car parks in New Kingston, a clampdown on parties held at the Hope Gardens and Hope Zoo seems imminent.

This, after residents in the surrounding communities expressed that they have had enough of the noise.

But event promoters believe all parties involved can arrive at a solution that works in everybody's best interest.

Speaking with THE WEEKEND STAR, Gyete Ghartey, of GLK Entertainment, says he understands the residents' plight, and says promoters will not be opposed to meeting with them and the relevant authorities to come to a mutually beneficial agreement.

Ghartey hosts Funfest at the Gardens three times a year, and says because it's a day event, it is usually not big on music and would therefore not affect residents on a large scale.

Nevertheless, as an event promoter, he spoke on behalf of those who use the space regularly for their events.

"There has to be a way in which the surrounding communities, the stakeholders of the venue, and the promoters can work together to come up with solutions," he said. "Jamaica lacks public spaces that are big enough to host major events. So there must be a way in which everybody can work together. We must compromise if we are to come up with solutions and ways where everyone wins."

Ghartey had a few suggestions.

"It really is unreasonable for residents to be hearing music every week, so what we could look at is hosting events on weekends only or every other weekend so the residents get a break. We can also look into having events on just Fridays and Saturdays and leave Sundays, so the residents can enjoy peace and quiet in their homes before work and school the next day," he said. He also suggested that organisers zone in on the areas within the Gardens that are away from homes so the noise won't affect residents. "It's better to have something than nothing because we must also remember that the Hope Gardens needs funds to be maintained," he said.

His sentiments were echoed by Tarik Scott of Yung Rolaz. Scott, who occasionally uses the Gardens for events, he welcomed the idea of having a meeting with the relevant authorities and the residents if it boils down to that.

He expressed that with the limited spaces Jamaica already has to use as venues for entertainment events, another clampdown would not be the solution.

Like Ghartey he believes a compromise could be drawn that benefits all parties.

On Tuesday, Kingston Mayor Delroy Williams, during the monthly sitting of the municipal corporation, assured residents in the communities surrounding Hope Gardens that they would be granted some reprieve, as his team would now be vetting every application submitted by promoters to use the venue.

"We are supporting events promotion and events within the city, we are on record as doing so, but at the same time, we still have to do it within a structured way, an ordered way. We have to take into consideration our residents. across, anywhere, any time," he said.