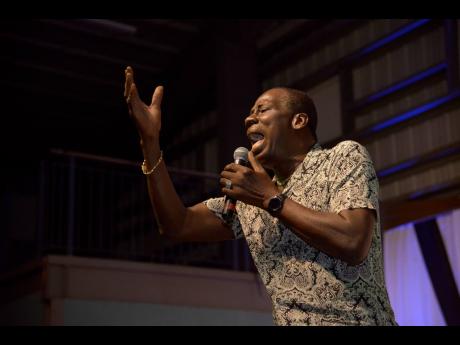 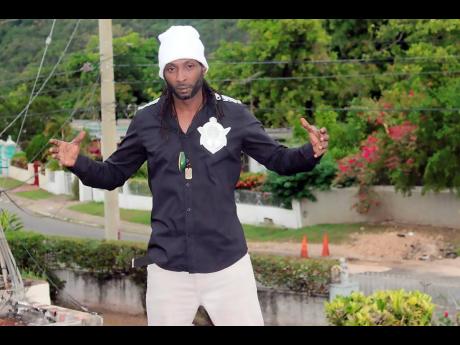 Young Garvey has much to be proud of, but right now he is most excited for the world to get the first taste of his upcoming album, its title yet to be decided.

Gearing up for its release later this year, the reggae artiste celebrates the man who got him to this point, Leroy Sibbles.

Young Garvey considers Sibbles, the first lead singer of The Heptons, as a pillar in the local music space.

The 38-year-old singer is also excited that the first single, Cool Natty, is ready for download and streaming on all digital music platforms.

"It's like a dream come true. I grew up listening to him. A lot of the song you hear that are classics, is him behind the bass," Young Garvey told The WEEKEND STAR.

Sibbles recently signed on the aspiring reggae star to manage as a client, but the industry stalwart also offered a three-album deal with his label, Bright Beam Music.

Now, the first of those three albums produced by Sibbles is just around the corner.

On May 24, Bright Beam Music released Cool Natty, with accompanying visuals. The singer understands Sibbles will release about three more singles before the album hits the shelves.

Young Natty grew up hearing his parents listening to acts like Bob Marley, Peter Tosh, Marcia Griffiths (who has a cameo in his music video) and The Heptones.

"Mi grow up under reggae. I get to grow up and now work with people like him (Sibbles). It's not just the management, but the height of music he knows. He's going to put that in my music. It's unbelievable," he said.

Sibbles is also featured on the upcoming project - on his choice instrument, the bass guitar. Additionally, the actual production is a throwback to live music in the booth. Fab Five is also credited.

"From live music and the people, not just one person, but a group of spirits with the artiste, you get a longer-lasting song that touch people deeper in them soul," Young Garvey said.