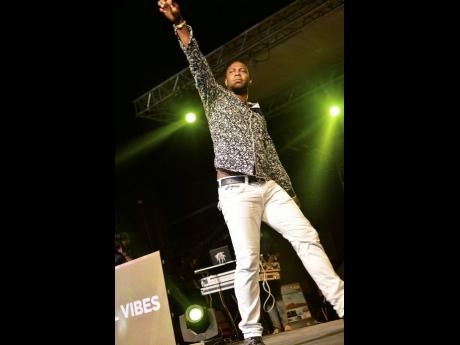 Natural Vibes salutes the crowd as they wrap up victory at the Portmore Leg of Guinness Sounds of Greatness. 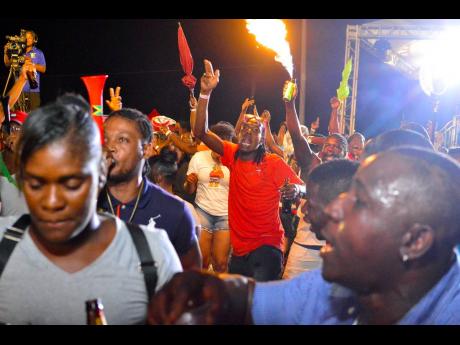 The crowd gets wild as the clashes intensified. 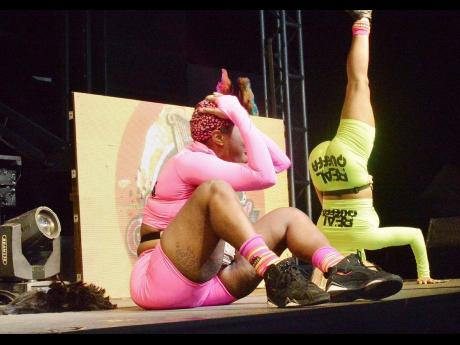 OMG! a dancer loses her wig after doing a routine. 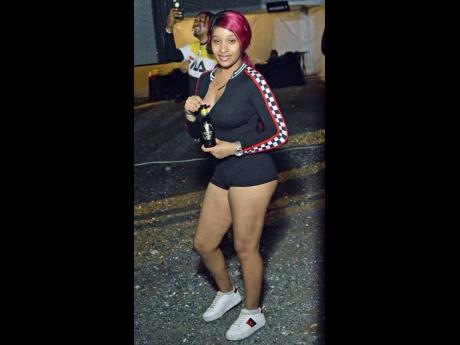 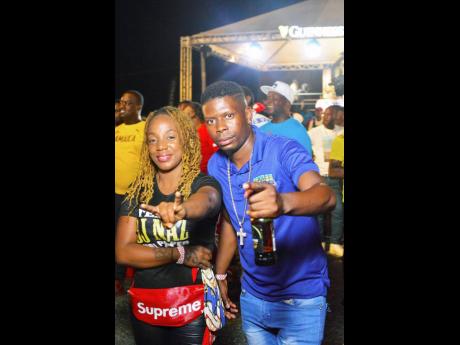 DJ Naz (left), a finalist in this year’s competition, with DJ Fire Stick of Lexzona sound, who was runner-up in last year’s edition. 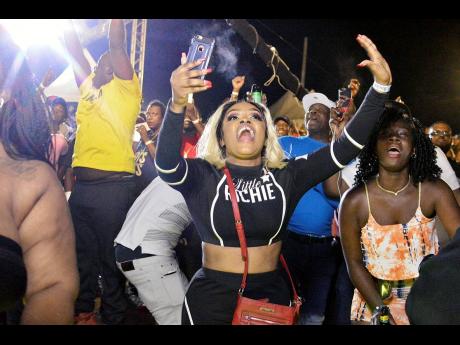 Peta-Gay Hall, aka Mona Lisa, gets ecstatic for Rich Squad. 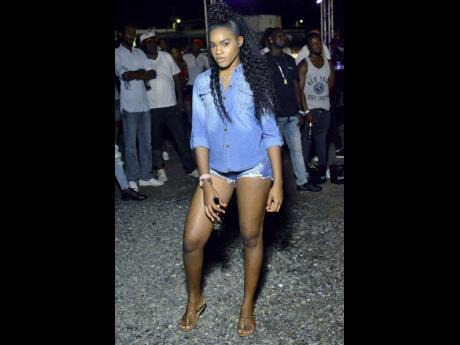 This beauty catches the eye. 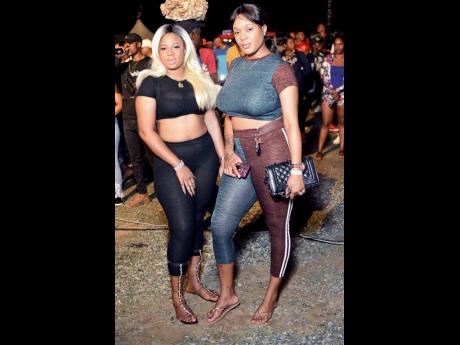 These hotties were out for some fun. 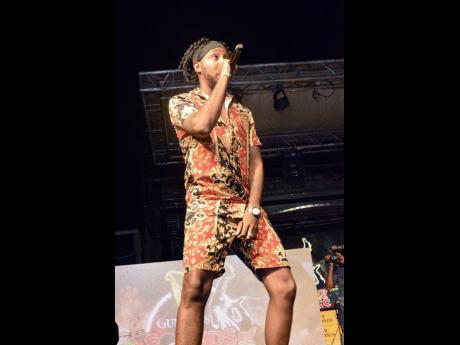 Vershon was the special guest artiste. 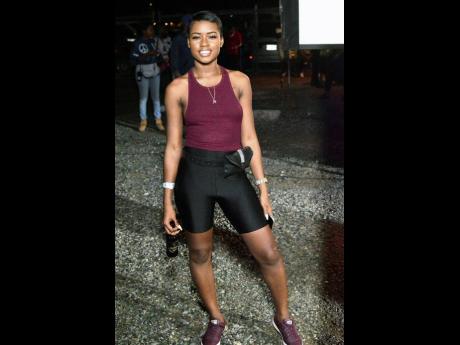 The fifth showdown of Guinness Sounds of Greatness sound clash competition proved one thing; that it’s not over until it’s over.

Last Friday’s competition culminated in a showdown between crowd favourites Little Richie – that had the audience perfectly riled in first three rounds – and Natural Vibes, that redeemed their mediocre night with a ‘deep and wide’ dub box that silenced Little Richie and had them walk away as winners.

Natural Vibes was first up, opening the juggling round with the National Anthem, Jimmy Cliff and Bob Marley classics – choices that fell flat.

“Getting in a competition as the first one to perform, sometimes it’s hard to cheer up the crowd and get them moving because they are already comfortable in their zone, without anyone coming and saying ‘hand inna di air! Buss some blanks!’ It was very hard for me,” DJ Bucky of Natural Vibes told The STAR.

Opening their round with a Romain Virgo/Agent Sasco Fade Away dubplate, the audience raised their lighters and insect spray torches in delight.

“When it comes to preparation, ah him dat still – and we read crowd. I’ve been doing this for a very long time, so my experience is a lot ... about 25 years, but professionally for 15 years. From Swatch International Passa Passa days, we got the breakthrough and we never stopped there,” Rich Squad of Little Richie said.

Little Richie topped Rebel Tone and Natural Vibes beat Sir Flash Mix in the challenge round and advanced to the Dub Fi Dub round.

Where Little Richie showed their currency with dubs from The 6ix, Natural Vibes’ classic, reggae-centric dubs from John Holt and Beres Hammond got the approval.

“It feels great inside, I don’t know how fi explain it. We dub box very large, it wide and deep too. Dub Fi Dub round never that challenging fi we,” DJ Bucky said, admitting that the previous rounds were a challenge, but promising to fix the errors for the final.

The next stop of Guinness Sounds of Greatness will be in Morant Bay.