Ginjah goes back to the ‘Drawing Board’ 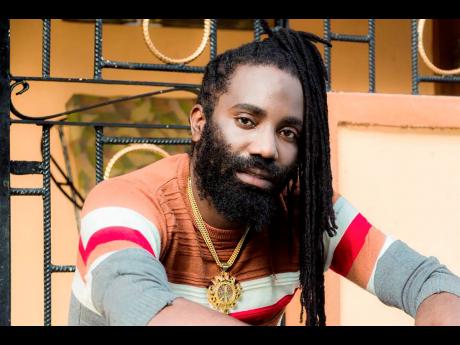 It has been a couple years since the former Beres Hammond protege recording artiste Ginjah has released new music - the most recent was a feature on I-Octane's 2017 track ' One Chance'.

"It has been a long time. Singers like me don't have dominance on the scene," Ginjah said.

"I wasn't doing much, other than making music and probably one or two show, because family life comes first. Part of the reason problems exist in communities across the country is when family life is put on the back burner."

However, this isn't the first time he has taken an unpublicised hiatus from the music scene.

"Sometimes absence does not always have to do with the artiste. Sometimes we are just trying to make the effort to put out new music that are of the highest quality. And to do that, it takes me hours and days to express myself," Ginjah said.

Now, Ginjah is going back to the 'drawing board' with a new song.

" Drawing Board highlights societal issues, where people are running down things they cannot afford. It is another factor that causes crimes in the country. The youth want to be rich in a second, and that means not working hard towards it," he told THE STAR.

WORKING ON AN ALBUM

He also said that he is focused on the production of a catalogue of music for an album which he plans to call Unity.

"It simple for us to fix the problems. People just need to sit and talk more, and as a singer-songwriter, it is not less or more difficult. I am here to fix things by just thinking outside the box with the lyrics of my music, which is typically me, and that's what people can listen out for," he said.

Ginjah got his breakthrough with the hit track Never Lost My Way a decade ago. This contributed to him gaining popularity on the European reggae scene - an accomplishment that he is forever grateful for.

"For sure, I have a message for my people. And being a person that is always observing society, I think as Jamaicans we need to talk. And though I get attention from the international audience, it is more important that I reach the ears and conscience of my people before anyone else," he said.

"I am not doing it for the money. I don't put money first, but there are times I am tempted to do the slack songs to resonate with some audiences. But I remind myself that I am blessed with a talent, and me just have to dig inna my creativity."