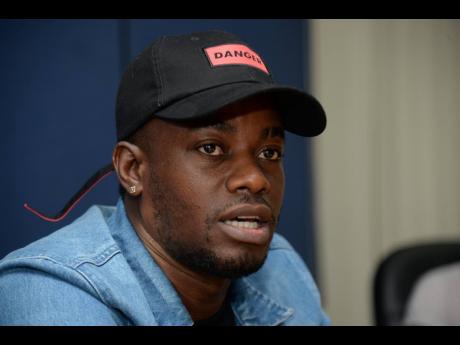 Though promoter and artiste manager Romeich Major does not want to disclose his artistes' booking fees, he does believe he was slighted by Reggae Sumfest organisers.

Speaking to THE WEEKEND STAR, he explained that he was engaged in meetings with the festival's principal Joe Bogdanovich to initially book Shenseea, Teejay and Ding Dong next weekend.

He relayed that Bogdanovich only wanted Shenseea and Teejay, and explained why they did not come to a harmonious agreement.

"I told them what was the normal fee for Shenseea and Teejay and they offered basically half of what I said was their fee and I told them I won't take that," he said. "Then, they called me and made a next offer and I said no, 'This' is the offer I want for both artistes. I already told them 'Okay fine, unno don't want Ding Dong'. Dem come back and still a give me a next offer and there is where I said: 'Hey, I want such and such for the three talents, if you're not taking the three talents, then I won't book them, simple and plain'.

He said that at the end of the day, they get offers right across the board.

"But if you don't respect my artiste, I can't respect you. And what hit me is when I gave them the fee for Shenseea and Teejay only, and Joe said he doesn't think my artistes are valued that. That is what really hurt my feelings," he said.

He added that Ding Dong is still relevant on the Sumfest stage, despite having performed there for the past four years.

"He has been one of the hottest artistes, he is good for both corporate and the streets. I think he is one of the most perfect artistes to be on a show like that. It nuh matter if a million times, him just always different," he said.

To add insult to injury, Major said he feels disrespected by the Sumfest team, after claiming he received a letter from the lawyer representing the festival when he hosted the Red Stripe Live stage show in January.

According to Major, Squash was billed to perform on the show before he inked a deal with Sumfest, yet he said he received legal notice that the Montego Bay artiste could not perform at the event.

"Dem gwaan and gwaan and confuse Squash. I don't know weh dem do but at the end of the day that's the reason why he came to the Red Stripe Live show and only performed for like five minutes," he said. "I was offended to know that this big festival, dem big man ya, weh seh dem a uplift dancehall and the music, is willing to fight another show for one artiste. I know you have rules and regulations to do shows, but mi nuh understand how you a go stop a man food, which is the artiste, and my food, which is the promoter, because you just waan be stuck up and all in your feelings."