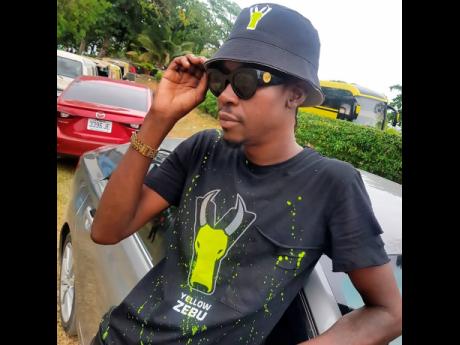 Chi Ching Ching's ' Callaloo', on Dutty Rock Productions' rhythm of the same name, has been steaming up the airwaves since its June release, and perfectly compliments one of his previous hit songs, ' Breadfruit.'

In the song, he talks about his experience and transition with a line that states "Stony Hill Road mi use to walk so til, now mi mek di Callaloo and buy half a hill".

Ching's discography comprises various songs and other titles that include food, such as Rice and Peas.

The popular dancehall entertainer, however, shares that he did not plan his food-based discography.

"There is no reason behind it, just the vibes ... when we say 'callaloo', we a talk about money," Chiing said.

He also has other singles in rotation, including Savin Pan and Top Boss. The latter's video was directed by Kieran Khan Productions.

The deejay, who is known for his catchy tunes and dance trends, is the sole artiste signed to the Dutty Rock Productions label.

He has been travelling the globe with label boss and dancehall superstar Sean Paul for the past few years, and both have also teamed up on hit collaborations, including Weed Problems and Crick Neck.

Ching believes signing to Dutty Rock Productions Label is one of his best decisions, and heaps praises on Sean Paul.

"I have no complaints, it has been an amazing journey so far; I am forever grateful and will always big up SP [Sean Paul]," he said.

'Callaloo', Dutty Rock Productions' latest rhythm, has been added to the summer playlists of disc jockeys and selectors.

Callaloo rhythm is available worldwide on all digital and streaming platforms, and is experiencing growing success with more than 600,000 streams on Spotify.