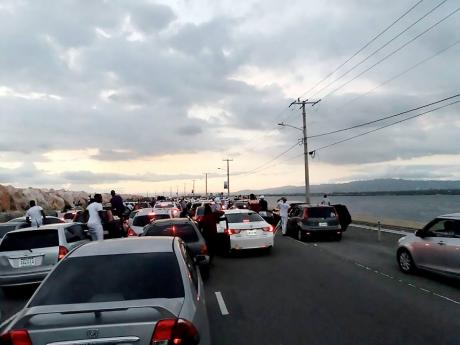 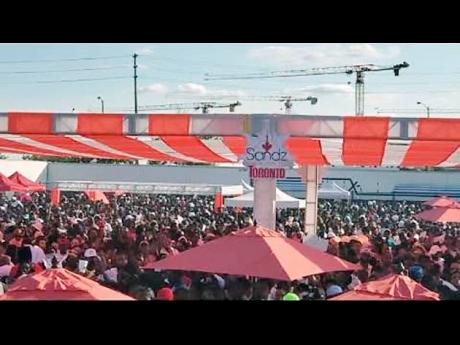 A section of the gathering at Sandz Toronto. 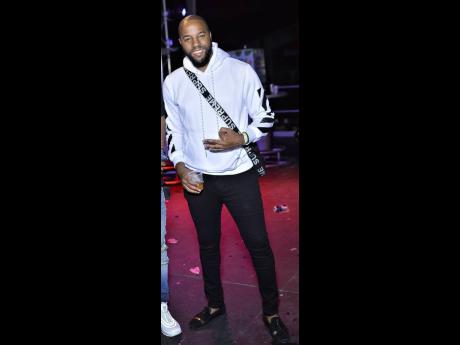 G raphic video of an unconscious, bloodied man - a patron at last weekend's instalment of Sandz Offshore Toronto - has been circulating on social media with the insinuation that he was gunned down.

Other footage shows a dismantled venue, with men and women climbing over and being squeezed against fences, and even cowered to the ground attempting to shield themselves from stampeding feet.

In an interview with THE STAR, Andrew Ellis, director of Supreme Team Limited (local-based owners of the franchise), assured that no gunshots were fired at the event, and that the stampede was actually triggered by an altercation involving a bottle.

This is not the first time the party's brand has sparked controversy, but Ellis insists that this particular incident is isolated, and not as grievous as social media would have it.

"There was an altercation at the event which resulted in a scramble. The major injury would have been from a gentleman who was in the altercation. Videos would have surfaced with a man on the ground - which a lot of people have put out on social media - giving the impression that he was shot. But he was not shot. He was in an altercation where he was hit with a glass bottle. He is receiving medical attention now. That's the only major injury that we are aware of. It could have been worse, so we're thankful," he said.

Fuelling the furore, Canadian media anonymously interviewed a woman who claimed to be working on one of the events' multiple security teams; she said that made it difficult for them to do their jobs as there was limited communication between the teams.

Describing the venue as a 'cage', she also said the event was overcrowded to the point where organisers were improvising admission wristbands that had run out. Ellis refuted that.

"Our understanding, which has been confirmed, is that it was one security team that was hired to work the event, and that security team, in addition to Toronto police, would have been responsible for all areas - when it comes to perimeter security, searches and de-escalating issues. So it's not that multiple agencies were booked," he said. "When these things happen, you do as best as possible to de-escalate it. There are times when it's not de-escalated within the recommended time. People don't want to get caught up in an altercation, so that's what caused the original scramble. Most times people are scrambling in an event, they don't know why they're running."

The Toronto Police Department released a series of tweets affirming what Ellis shared, including that there was no report of injury from gunfire.

However, there were reports and evidence of gunfire.

"The Toronto police came on site and did their investigations. They came because of the report of gunfire. They came and qualified that there was no gunfire at the event," Ellis said, while noting that admitting that ambulance services treated persons for minor cuts and bruises.

On New Year's Day 2018, Sandz caused an unprecedented traffic snarl along the Palisadoes strip in Jamaica.

But organisers insist that the Toronto situation was an isolated incident.

To drive the point home, Ellis recalled that Sandz was voted Event of the Year at Reggae Sumfest's recent Get Social Awards.

"It (backlash) is just something we have to deal with when it comes," he said.