Kwenshade brings flavour to the 6ix 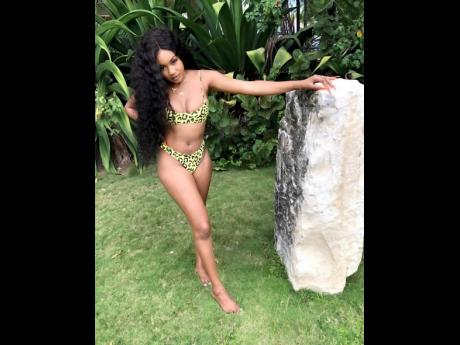 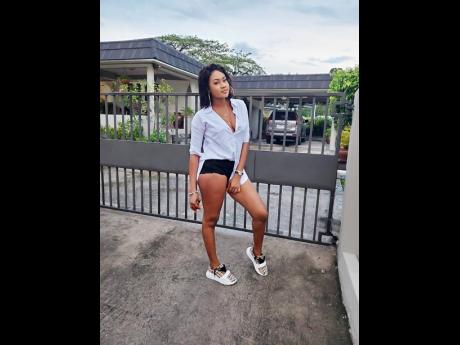 What does it take to be part of the much talked-about music clique, 6ix?

"Yuh nuh haffi come from Montego Bay, but yuh haffi be talented and serious. From me see that, me will help yuh," 6ix frontman Squash told THE STAR.

It was these same criteria that were applied to singer Kwenshade this year, when she was contacted to be part of the 'One Option' rhythm, which features 6ix members like Daddy 1 and Chronic Law.

Sharing her story with THE STAR, Kwenshade comes off as someone not consumed by titles. Yet, there is no going around the fact that she is now the 'first lady of the 6ix'.

"They actually reached out to me by sending me the rhythm produced by AttoMatic Records and Hemton Music, and they said they realise I have potential and they like my energy, and that was it," she said.

Living Large is her contribution to the rhythm - a hardcore single that intertwines her rap-singjay style, packed with applaudable bars that could easily rival any high-flyer in the dancehall clash arena.

But she has a soft side, too.

"My music is refreshing. Once you hear about the name Kwenshade, the first thing that should come to mind is flavour. It's just my style of music," she said. "I can do a little bit of everything, and I try to sing things that man and woman can relate to. I don't try to do songs about tekking people man or songs about my underneath. I want my music to stand out, and I think it is doing great so far. I wouldn't say I'm gonna do hardcore songs all the time, as I sing as well. And I'm also trying to do more clean, commercial songs."

Kwenshade, whose real name is Natasha Mullings, is from Montego Bay. She decided to pursue music as a contestant on the now-defunct Magnum Kings and Queens of Dancehall competition in 2016, and released her debut EP last August. The seven-track project, dubbed Pretty Girls Club, was produced by Temple Swing Records.

Her affinity for music can be traced to her time at Maldon High School in St James, where she was an active member of the school choir and drama club. Though she is yet to hit the big stage, she believes her exposure to the arts will help when she gets the opportunity.

Will that time come this Friday when her 6ix mates close Reggae Sumfest?

"I didn't get the chance to ask if I will be part of it. We didn't really discuss it, but I think I would definitely be, as I am a part of the 6ix," she said.