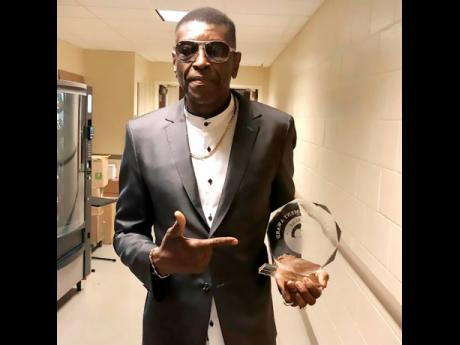 The immortal Stone Love celebrates its 15th anniversary of Weddy Weddy, which will be held at its headquarters on Burlington Avenue, St Andrew, next Wednesday.

The weekly dancehall party has been a fundamental part of any entertainer's pilgrimage to popularity in the local industry, and for others, it is a go-to event to listen to the greatest hits of the '80s, '90s and 2000s, including the unforgettable and exclusive Stone Love dub plates.

According to Winston 'Wee Pow' Powell, owner of the veteran sound system, the 15th anniversary also shares some of the spotlight with the crowning of Miss Weddy Weddy for the fifth year.

"The good thing about the anniversary is the time it has been around; 15 years is an accomplishment for any street dance," he said.

"More importantly, we thought it a good addition to award a female who is supporter of the event, has a 'vibesy' personality, and is a motivator of youth."

Last year's winner, Janice Grant dubbed 'Lady Janice', has been supporting the event since its inception. Lady Janice, a teacher's assistant by profession, has never missed a Wednesday night of Weddy Weddy.

"I have come to see some of my former students attend the street dance doing actual research on Jamaica's culture - it is like the university for dance and dancehall culture. Persons have to come out to experience that and the fine entertainment for themselves," she said.

Meanwhile, Wee Pow said that locally produced music will be a major focus of its celebration.

"We have recognised the evolution of our crowd over the years to include a mixed audience of mature music lovers along with the younger generation, and we are making it reflect in our line-up with selectors like Senor Daley of Klassique Disco and then Boom Boom and Harry Hype representing for another generation," Wee Pow told THE STAR.

"There is a difference in the arrangement of the music and with the changes over the years, the key thing is to always have balance."