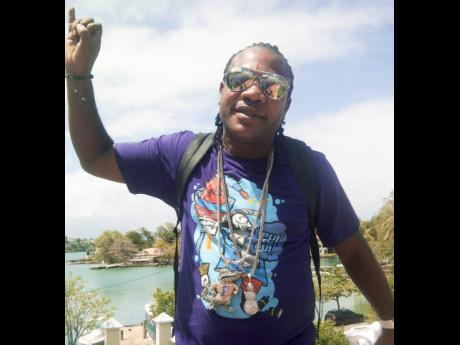 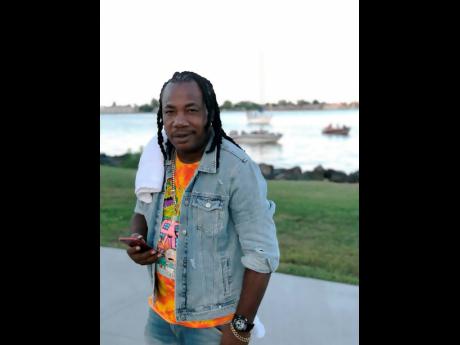 Fresh off a three-week tour of the United States with renowned reggae artiste Ky-Mani Marley, recording artiste Ninja Kid is hyped about a return to the local music scene.

Ninja Kid, known for songs such as Have Nuh Gyal Like We and Before God Come, has been relatively quiet on the entertainment scene in recent years.

"Badmind is the reason for the break. Wicked artistes, wicked selectors, wicked radio people, wicked producers. That's about it. A one thing me always tell people say, innuh, and that is me can't mix mortar, me can't lift block, me can't push borrow and me can't run cuz me nuh Usain Bolt. The only thing me know fi do is music, and me never stop doing it. A just to how this music thing set, make people nah hear from me," he said.

"Me too straightforward, and me nuh go round corner and hide things. Nobody nuh respect talent again. Is money a do dis thing. Yuh know how much artistes get blocked from being played on radio in Jamaica, man weh get all Grammy? Dis music business inna Jamaica wicked. Me never stop do music one day from 1993, but dem people inna di business evil, badmind, and wicked."

With that said, Ninja Kid said that he would remain steadfast and undaunted even in the midst of corruption. He says he has a host of new material to release and believes that it will get the attention it deserves. He said that if the songs don't get played on local radio stations or in the local dance parties, they will garner love elsewhere as his music is loved outside of Jamaica.

"I just finish touring wid Ky-Mani Marley. We tour all over the States. Me do three shows in Texas alone - one in Houston, one in Dallas and the other in Austin. Then we go Missouri, Minnesota, Chicago, New Orleans, St Louis, Denver, Colorado, and trust me, it was a nice tour. The people accepted me, and they loved the vibes. Nuff a di people dem weh recognise me ask me, 'Damn! Weh yuh did deh?' and the love dem show make me know say all when music nah play a Jamaica, people still love the work we put in over the years," he said.

"If yuh nah hear me inna Jamaica and yuh go a one other country, yuh will hear me."

The artiste has no specific timeline for when the new music will be available to the public but says songs should be released in very short order and that fans should keep an ear out.

"As usual, we still recording. Me a record wid Markus, so a nuff other things fi drop. We a do music same way, innuh. We never stop, and we never will stop."