Bad Gyal Jade says she is the female Kartel 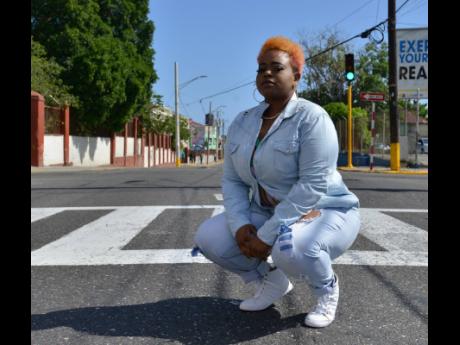 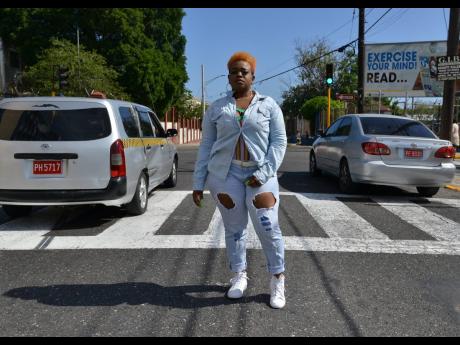 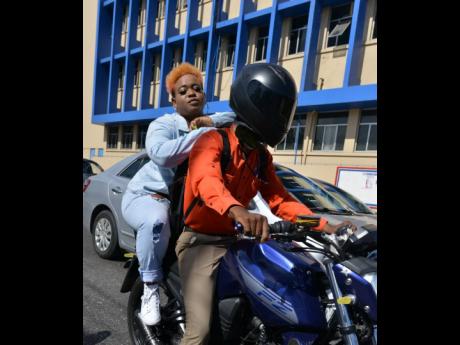 As easy as it is for Bad Gyal Jade to jump on a beat, she shows that she is also ready for the rough ride that dancehall is known for. The singjay kicks it with a pedestrian in traffic outside The Gleaner headquarters in Kingston.
1
2
3

It is often said that self-praise is no recommendation, but a freestyle video of Bad Gyal Jade deeming herself the female Kartel has gone viral on social media, with judge and jury lauding the artiste for her musical abilities.

In less than two minutes, the singjay finesses Nicki Minaj's Megatron beat with much swagger and lyrical ammunition, reeling off varied topics including crime, her mainstream ambitions and procreation, without a supportive chorus as she believes, she is simply, 'that woman'.

"I am the female Vybz Kartel because the songs I put out and the songs he put out a nuh nothing normal," she told THE WEEKEND STAR. "The argument dem in the freestyle, everything mek sense, each verse complements the other, me nuh know how me do that but when me get a beat me haffi kill it so everything is on point. Yuh have people a write songs and dem nav a topic, di verse nuh mek sense, the chorus nuh mek sense, well the Female Vybz Kartel a just straight bars, no chorus."

The freestyle was birthed through an online challenge by DJ Cash Flow, where he invited followers to tag the "baddest" artiste to form part of his freestyle mixtape. As fate would have it, Bad Gyal Jade was tagged and selected, which led to the fiery track that is doing the rounds on social media.

Though she recognises her talent, Bad Gyal Jade currently does not share the industry success as Vybz Kartel. While her catalogue includes dancehall, reggae, gospel and R&B music, she believes she is underrated and not given the respect due to her.

"Females on a whole don't really get no justice inna di justice system," she started. "A lot of producers I reach out to try fi avoid me and I have no idea why. I reached out to Shabdon and Damage and dem actually link mi back and send me rhythms, so I have to big them up for that and Elite Generation Records for trying to help me.

"MC Nuffy is another one that run wid me and shub me out, and remember I'm not his artiste, so mi rate how him deal with me like him responsible for me."

She is one of several artistes to be featured on the all-female Sexperience project by Shabdon Records. Her current single, Holding On, is a reggae track produced by Elite, which adds to her repertoire including Celebrate Life, Buk Dem and Hide & Dweet.

Given name Mickala Williams, she captured Jamaica's attention as the 2018 Magnum Queen in the now defunct television competition. Despite her current adversity, she insists on creating her own opportunities, and advised other female acts to do likewise.

"It's not like me want a slice of the cake that is out there, mi a bake mi own cake," she said.

"Females are underrated all over, it's just a stigma. We haffi just try create we own opportunities instead of relying on other people to shub cross opportunities gi we."