Gospel Spotlight: Unity In The City going bigger for 2019 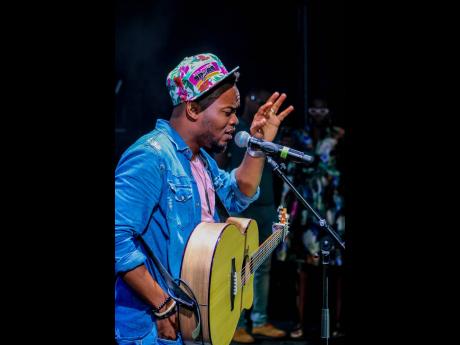 Unity In The City is back and it is expected to be bigger and better than ever.

Scheduled to take place at the National Stadium on Saturday, August 17, the stage will be shared by a collection of gospel music stars – both local and international.

The gospel concert’s executive producer, Antoinette Ennis, expects this year to be exceptional because this production may be one of the biggest stage set-ups ever erected on the island.

According to Ennis, their stage production hire – Phase 3, has a brand-new, never-before-used stage.

“Unity In The City is getting bigger, which makes it clear that God is doing something with Unity in the City. There is a natural momentum which now makes it the most anticipated gospel event of the year,” she told THE WEEKEND STAR.

The concert used to be held on Easter Monday, but, last year, it was moved to the summer.

Ennis believes the concert stands apart from other local gospel events because its stage is known to hold the most acclaimed gospel artistes from across the globe.

She describes the event as the worshipper’s ultimate experience – recognising and honouring the Christian God. Building such a reputation costs, and so, this year’s Unity In The City budget runs close to J$80 million.

“We plan to keep on improving. We believe God wants to do something different with this event. We’re presenting gospel at a world-class level. We go for the best production company, we go all out for advertising and marketing and we go for the best acts,” she said.

As they plan for the ultimate gospel music experience, concert organisers are planning another experience – for the next generation of worshippers.

“We’re doing this because we want to host a free teen camp at the Holiday Inn Hotel,” Ennis told THE WEEKEND STAR.

The idea is to expose at-risk youth to an environment they’re not accustomed to, fostering a space that allows for personal development and teaching social responsibility.

“We’re going to be using music and drama as an outlet,” Ennis added. There is also a plan to develop year-long mentorship programmes for the teens.

“We’re going to be working with guidance counsellors from the school, and we hope to see drastic improvement in the kids,” she said.