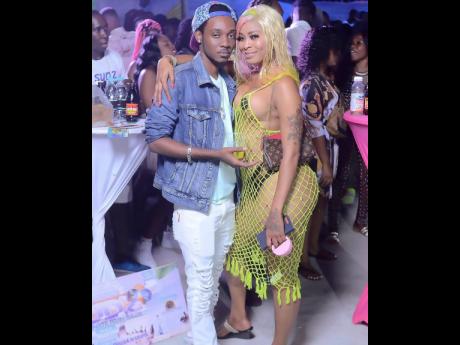 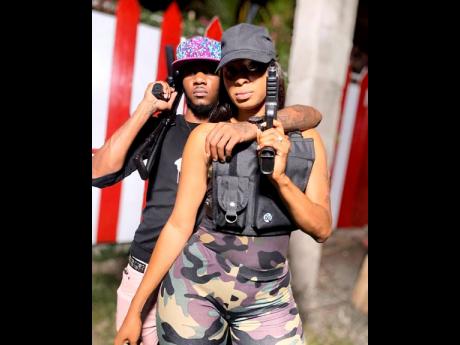 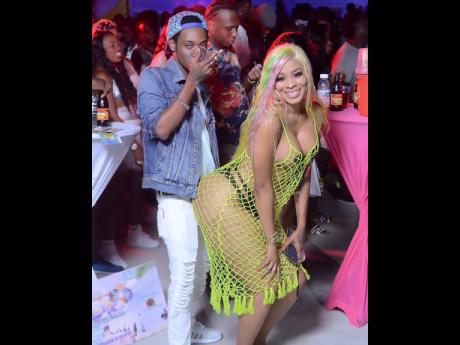 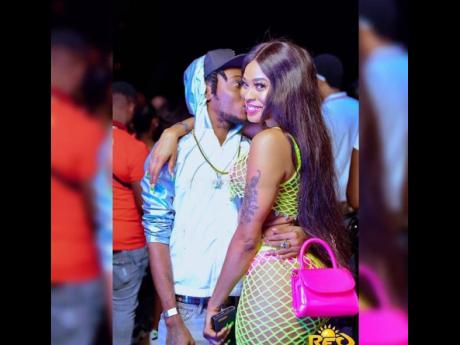 Scallion is to thyme as Starface is to Maestro Don?

At least that is how Maestro puts it when asked about his relationship with the Focus singjay.

For several months, social media users have been fascinated by the pair, dropping the convenient heart emoji or the #CoupleGoals phrase under their back-and-forth photo and video posts.

Speaking to THE WEEKEND STAR, the artistes confirmed speculations of their romantic involvement.

"Yes we are together, we are an item," Maestro said. "When yuh have scallion, yuh haffi have the thyme, right?"

Which probably explains why the two (though signed to different labels) have been inseparable at several events.

In fact, it was Starface who was the subject of the interview before she folded like a schoolgirl when asked about Maestro.

Seconds later, Maestro was on the line, and the two were at a studio session together.

He did not wish to disclose how long they have been a couple, but said their closeness complements their musical connection.

"People hear our chemistry whenever we work together, and the success of the music we make together has a lot to do with the chemistry we have in our relationship," he said." Working together is a natural vibe, 'cause we already have that natural chemistry and that is why the music nice and come off the way it does."

Ride It, their 2018 collaboration, is nearing one million views on YouTube.

Starface told eager fans that the storyline will continue when their upcoming collaboration Trio, is released.

"Remember seh yuh have yuh likkle boyfriend and him waan yuh please him and him waan feel nice, so yuh haffi just get a one friend fi him and bad up di ting. Mi haffi get the friend fi do weh mi nah do," she laughed.

She assured that however, the song is no reflection of their relationship.

"It's just lyrics and music. Sometimes we sing some songs and we still nah go to the extreme weh di song a seh, but now we bring it inna Trio. So people haffi wait and just listen to the song 'cause ah levels to the thing and people nah go expect this," she said.