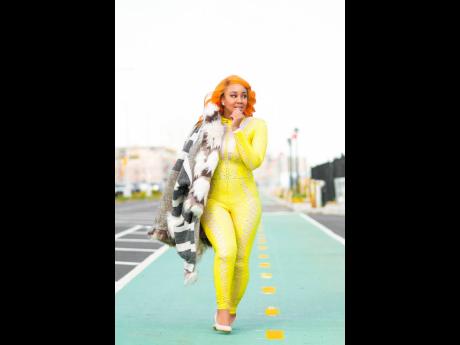 Dancehall artiste Tifa has released the video for her latest single, ' Man Government'.

The song, which was released earlier this year, was poised to be the entertainer's next hit, and although it gained her some traction, it didn't create the kind of buzz they expected it would.

But with the official release of the visuals, the artiste and the producer of the song, Lando Genius, are hoping that the momentum surrounding the song will pick up.

The video, which was directed by Treavion Davenport, was shot in California and promotes independence among women.

In the video, the artiste can be seen exerting her power over different love interests as she aims to prove that she is 'no man clown'.

Lando believes the video is exactly what the song needs to push the promotion to the next level.

"This song has been doing well and is a favourite among women. It is a few months old, it still a gwaan good, and we're not going to ease off the pedal any time soon. From now on, a just straight promotion and more energy. This has been Tifa's summer and we a go end it wid a bang," he said. "Tifa has had to overcome obstacles after obstacles in a male-driven music industry, and so a song like this is indeed relevant to the time. Other females in other situations can also relate to this because women are always overlooked. So we want men to know that a woman time now."

Since the song's release, the artiste has received an overwhelming number of videos from female fans who are vibing to the track and expressing how the song has helped them get out of relationships.

Tifa also revealed that she has two new singles to release in the coming days.