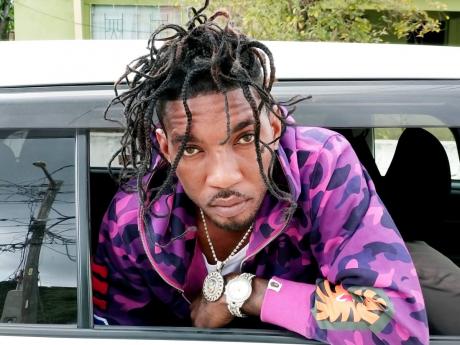 Masicka, Shenseea, Starface and Maestro Don have all incorporated girl-on-girl action in music videos this year, but none is as extreme as Sol Weatherman's ' Secret Pro', which leaves nothing to the imagination.

Ahead of the 'trending times', Weatherman's video was a 2017 effort, which recently hit more than one million views on YouTube. The storyline unfolds with a dissatisfied female who engages in a boob-licking, parts-grabbing, sweat-trickling affair with another female, because her partner, Weatherman, fails to excite her.

Speaking to THE STAR, Weatherman, who also goes by the name Wedda, said he awaited the video's popularity.

"It a di first type of video like that cause from me do mine, me see Dexta Daps, Kalado, and all other artistes do it. But you know dem buss already so fi dem song a go get more attention than mine back inna dem time deh," he said. "When me check YouTube couple months ago, me realise it in a lot of X-rated playlists with dirty music and dirty videos, and it get a million views with no promotion, so that is something good."

The song is produced by DJ Frankco, who also directed the more than four-minute video. Though there is an age restriction in the video's description, Weatherman said his target audience are lesbians and perverts.

"Mi did a look for something different to do cause music isn't easy," he said. "Mi come up with the lesbian thing cause there are a lot of perverted people out there so me do it with the intention of attracting those types of people, plus lesbians exist and me support dem 100 per cent so it is more for them."

Two years later, Weatherman said he has no regrets about making the explicit video, and does not fear children getting a hold of the content. The father of four (no older than eight years old) is certain that his own children do not know the song, neither have they seen the video.

"Dem not even know it exists, my kids dem love chat so dem woulda seh something long time if dem know it," he said. "Every other song mi have me hear dem sing it and me never hear dem mum a word from that song. Parents are responsible to ensure their children aren't watching the video, it's strictly for adults."

He recently released Stop Annoy Me, produced by Boom Records, and is pleased with the response to another release, Inna Life, on the Stand Proud Production/Krayv Music labels.