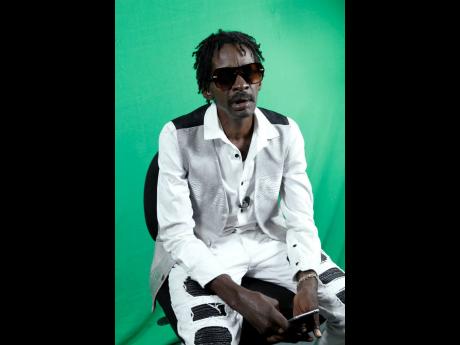 Though he is currently rostered to perform at the One Love Festival in Kent, England, on Saturday, dancehall toaster Gully Bop is yet to receive a work permit allowing him to travel to that country.

The deejay expressed disappointment to his road manger, who is based in England, for waiting too long to obtain the travel documents.

"A pure bad tings a gwaan fi me, enuh. Di road manager wait until the 22nd (last week) fi mi go up a di embassy fi get the visa when it should have been done before," Bop told THE STAR. "Mi know seh mi book for the show from long time. Him shoulda mek we do the interview earlier. Right now di people a look out fi see Gully Bop there but me nuh sure if it a go happen."

Currently managed by Jacqueline Hunt, he expressed that he was not interested in having a road manager based overseas, but said he does not blame his manager for the predicament.

"A nuh mi management problem, a di man weh seh him a di road manager," he said, "Mi rather work with a road manager from Jamaica cause him a go deal with me ting good. Whether me get the visa or not, mi still happy cause me nuh put it pon mi mind, me nuh waan end up inna certain trap. From yuh jump inna plane and go cross di sea, yuh haffi look out fi anything happen to yuh."

The One Love Festival will unfold from August 30 to September 1 and includes Yellowman, Errol Dunkley, Iba Mahr, Warrior King, and Saxon Sound.

Bop said he last performed in England in 2016, on a permit that has since expired.

Not all bad surrounds Bop, as he recently released his debut EP Rumours in Europe in late June. The set features six singles chronicling his life, including the lead track, Bag A Rumours, as well as Island Girls and Nah Follow Dem.

While a local release date is still pending, Bop hopes the dramatic narrative of his life that is often told by those in the media will change.

"A Jamaica mi live and a Jamaica mi love but mi nuh like weh a gwaan inna di business," he said. "Di radio station will play my songs but some of the disc jockeys prefer to speak about my past relationships and say mi used to live inna di gully which is not true. Mi just want the disc jockeys to talk about good things, don't talk about yesterday cause dat gone and cya come back."