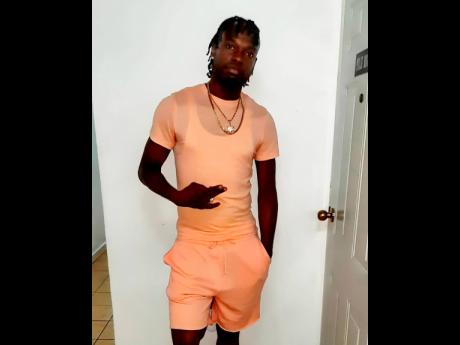 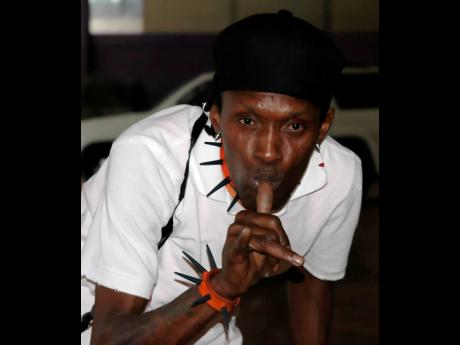 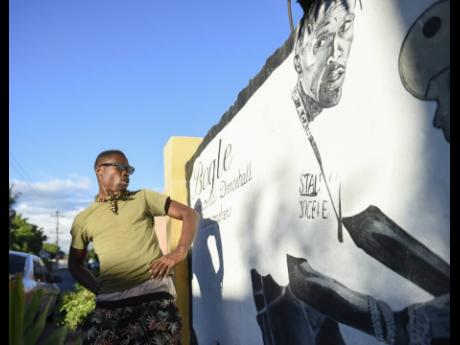 Michael Roses dances before a mural of dancing legend Bogle on Lincoln Crescent in the vicinity of Roses Corner. 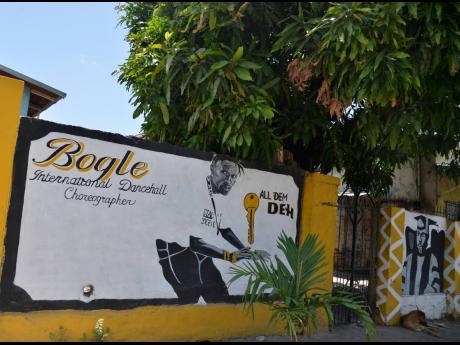 A mural at the gate of the house Bogle once callled home. 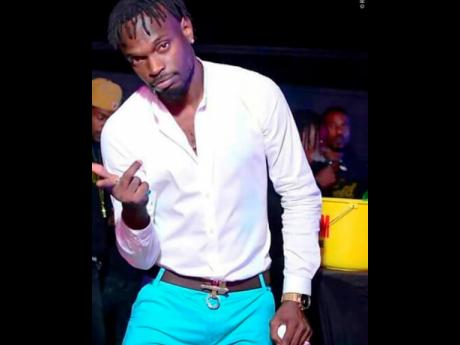 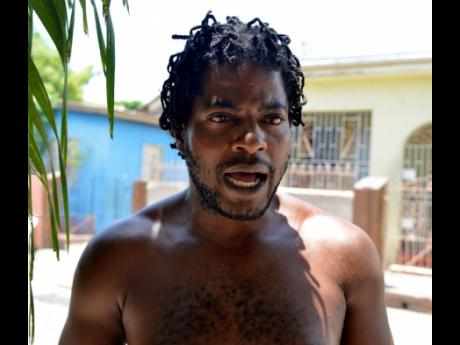 Ricardo, a resident of Lincoln Cresent, is convinced that the establishment of a Wacky museum is a great idea.
1
2
3
4
5
6

Lincoln Crescent, popularly known as Roses Corner in Kingston 13, is not quite the same as it was 14 years ago. Currently under a state of emergency, the community has lost a few of its prided members (roses) including famed dancer Gerald 'Bogle' Levy, who is affectionately remembered as Mr Wacky.

In a move spearheaded by Black Roses member Lonsdale 'Boysie' Guy, residents are hoping to transform the entertainer's former home to a museum.

"I have to get the go ahead from the persons who own the yard and send a letter to the office of the Ministry of Culture, which has been delayed because I've been travelling and teaching, so everything isn't done as yet," Guy told THE WEEKEND STAR.

"The museum is gonna have memorabilia as I'm organising some of the stuff he used to wear at parties, and also merchandise like T-shirts and cups with his photos. The residents are supportive because it's something everybody can benefit from, just like Bob Marley has a museum. It's gonna provide employment for a lot of the guys in Roses so dem a look forward to it."

Guy has been giving tours of the space for years through his dance workshops held at Roses Corner. The property's caretaker, who requested not to be named, told THE WEEKEND STAR that he has had conversations with residents wanting to see a museum in Bogle's honour, but said no formal agreement has been finalised.

Bogle was shot and killed at a St Andrew service station on January 20, 2005, after leaving Weddy Wednesdays at Stone Love HQ in the wee hours of the morning.

Ricardo, 36, who also goes by the name Richie, said he was by his side on the fatal night.

"Me and Bogle always a par. Me deh beside him when him dead. Bogle is a star, him coulda be a gunman but him seh 'gyal over gun' and tell we seh we nuh fi bad, we fi dance. (But) The community nuh nice yah now," he said, referring to the niggling crime despite the ZOSO.

MAKE IT A REALITY

"Boysie a do the right thing having the foreigners come here so dem know the foundation, where it all started. But we all waan see a museum for Bogle. Everybody roun here want it to happen, a just everybody fi come together fi mek it be a reality."

Bogle would have turned 54 last week, but lives on through his contribution to dancehall, from his slangs and use of props, to his dance creations like the Bogle, Pelper, Zip It, Log On, and Willie Bounce.

Black Roses members Moore and Smith fell victim to gun violence in 2001 and 2008, respectively, leaving Guy to steer the ship, which he said has not been easy.

"It's very hard doing it on my own. Sometimes mi waan give up cause I am the one that is keeping the Black Roses Crew name alive in dancehall," he said.

"I still keep it relevant so people understand that this is a cultural place, and where the greatest dancer originated from."

His efforts are not in vain. Guy is a regular in Europe (particularly Russia), where he conducts dancing workshops, and is heading to Mexico next week for another.

As a mentee to Bogle when he was a teenager, Guy did not envision that dancehall moves would be the wonder they are today.

"Before he died, Bogle told me that this dancehall dancing thing that he created was gonna be so big and in demand all over the world that I wouldn't believe it," Guy recalled. "I was looking at him like, 'Bredda, how you can predict the future ... are you God?' I wish he was here to see what he predicted and how it has come to present. I hope everyone remembers me just like they remember Bogle."