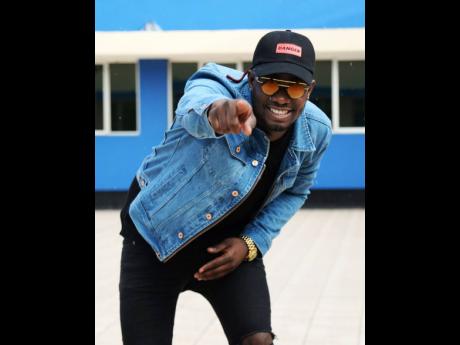 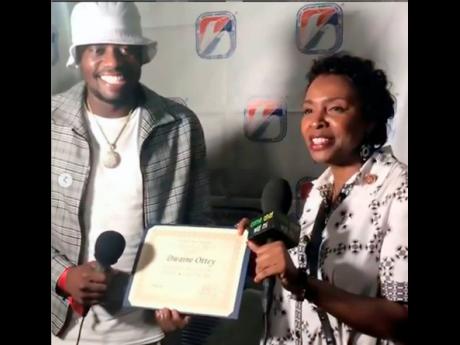 T hough he is his own artiste, a lyric that would best describe Ding Dong is Chronixx's "Dweet fi di love, we nuh dweet fi di likes".

Ding Dong said he has dedicated his career to creating uplifting music, with the aim of spreading Jamaican culture across the globe whether or not he is recognised.

His efforts have proven to not be in vain, however, as the state of New York saw it fit to acknowledge the dancer-turned-deejay at the recent 52nd anniversary of the West Indian American Day Carnival held in Brooklyn, in the US.

Presented by congresswoman Yvette D Clarke, Ding Dong was honoured with a certificate of special congressional recognition, and appointed a cultural ambassador for 'The Big Apple' (New York City).

"I was like wow, New York nuh recognise people so easy and is dancehall music me do and dem give me that big recognition; I was shocked," Ding Dong told THE STAR. "I never expected it and dem never tell me. I just closed the show and she told me they have an award for me. I do things sometimes not knowing who is watching. I just do it from my heart, so it is a blessing to see that other people recognise it and love it."

And that was just one token. The Lebeh Lebeh artiste was also awarded a certificate of merit by Jamaican-born New York State Assemblyman, N. Nick Perry.

While making the presentation, Clarke said: "We are so proud of you and we ask that you continue to bring us the hits, to represent the culture. We know the sky is the limit, so thank you so much for all that you have done to entertain us and to take us to another level."

The Ravers Clavers principal said the feat is one for the entire industry.

"It's a real good look, not just for me but for the whole music and dancing fraternity cause I do positive and good music," he said. "I've been on a real happy, positive path throughout my career so mi just a embrace everything and put in more work. You just have to find the hits the people want to hear and the dance moves the people want to do."

His 'good boy', corporate image has seen many labelling him a role model, which he said he does not take for granted.

"When I see a two-year-old dancing to my songs it open my eyes to who I have an impact on so I have to be careful of what I say and do," he said. "My natural nature is fun-going and loving, so it makes it easy for me to be who I am. If it were a case where I was pretending to be someone I was not, I would have broken promises already because it's not easy to keep this positive path in a society and culture which plays off negativity, gossip, and violence."

Ding Dong's honour comes weeks after singjay D'Angel was recognised by Governor of Georgia, Brian Kemp, for her contributions to the music industry.