Ffurious says giving up is not an option 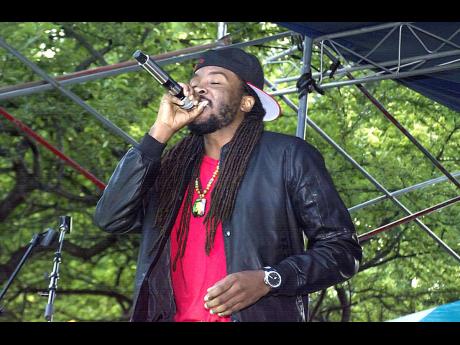 Dancehall artiste Ffurious says he will not be giving up on his dream of becoming one of Jamaica’s leading entertainers.

The artiste, who is part of Capleton’s camp, says politics in music is very real and believes it has been a thorn in the side of many aspiring artistes.

“Yuh haffi just be strong and continue putting out the work and be strong and don’t lose faith. If yuh give up, that’s how yah go lose the fight. Music is an inborn thing, so me nah go stop. Me a go keep on my grind,” he said. “A long time we a try. We out deh a do the work, and we just wish Jamaica would acknowledge what’s going on. (The year) 2009 is when I released my first single as a professional artiste, and me know me have the talent to reach far. Just how the business set up more while, make things kinda slow.”

Still, Ffurious is thankful for the support he has been receiving from King Shango (Capleton).

“(He) is like family. Yuh hear people talk bout ‘day ones’. He’s day one,” he said. “From the start him a gimme a strength and a motivate me. He’s always bringing me on the road to any stage show. Even recently, he brought me on at Dream Weekend. It’s great to know that a man like Capleton know me from long time and a help me.”

The entertainer, who hails from St Mary (Hamilton Mountains), is currently on tour with Capleton in the United States. He says tour life with ‘the fireman’ has been preparing him for when he finally goes solo.

“We’ve been on tour now for three weeks. We’ve been to Washington, Virginia, and many other states. We have the final shows in Atlanta and Charlotte, and tour life is hectic going from state to state, but it’s good preparation for when I get my break,” he said. “I don’t mind the road life because me a go do it solo one day, innu, because me a put in the work.”

The artiste is hoping that that moment will come sooner rather than later with the release of some new material. He has a song, Out Deh, to be released on Delly Ranx’s Firestick Riddim next week.