STAR on the Rise: Kerry Starr lets her talent do the talking 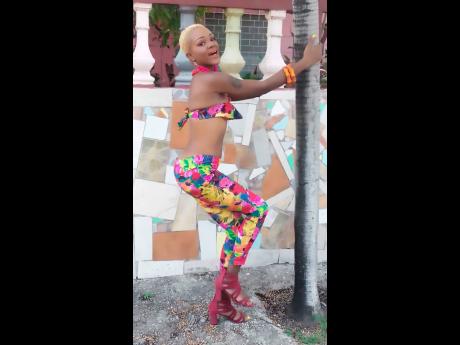 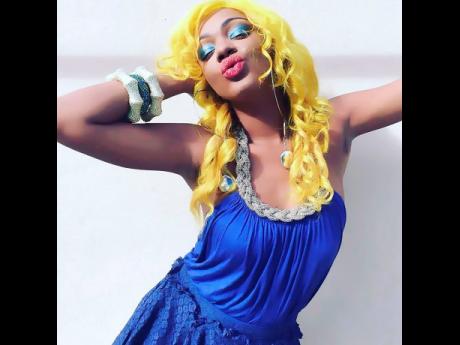 It is impossible to ignore the sprightly aura that surrounds rising reggae singer Kerry Starr.

Before she utters a word, her image - which serves up bright-coloured looks and flashy hairstyles - commands one’s attention. When she grabs the microphone, it’s a whole other story.

The former Ashe member says she makes it her point of duty to truly entertain her audience, putting her dance, drama, and vocal skills to the test.

“One of my biggest local inspirations as a performer is Beenie Man. I also look at Lady Saw, Beyonce, James Brown and Michael Jackson. All of these people own the stage and it is the same thing with me,” she told THE STAR. “Though I really got involved in performing when I was at Vauxhall High School, it was at Ashe that I learned the professional side of it and how to project my imagery, how to sing and dance, and be all-rounded as an entertainer.”

If you’ve never seen her live, a scroll through her social media accounts can provide a front-row view of her triple-threat action.

Starr is keen on self-promotion, and is currently endorsing songs like Cupid (Legends production) and Believe It (produced by Sly and Robbie) in a series of playful videos, which have reaped commendation by her followers for creativity.

Though she uses the platform as a marketing tool, Starr refuses to seek gimmicks to propel her to the spotlight.

“Jamaica hasn’t heard of me because it’s very competitive and it takes time in this industry,” she said. “I’ve been on Instagram and I’ve been doing everything it takes but people love a negative story and I’m not willing to go that route to jeopardise my career. I rather do something witty and creative than say I’m ‘sardine’ or ‘corn beef’. I am very self-motivated and I have good friends who push me because they know I have what it takes to be mainstream.” Her parents, now deceased, also believed in her dream.

After being with Ashe for five years, in 2005, Starr received the opportunity to be a background vocalist for Californian reggae outfit Groundation, which she said opened her eyes to her other talents like songwriting.

The gig was short-lived after she was fired in 2012, and she was handed some interesting parting words.

“My boss told me that he wasn’t firing me because I was incompetent, but because Jamaica needs to see me and I’m too good to not be an artiste. It has been a nice journey so far and I’m getting support on radio with my first serious release, My Grade.”

The Hermitage-based singer now looks to collaborating with more producers and is also working on her debut album.