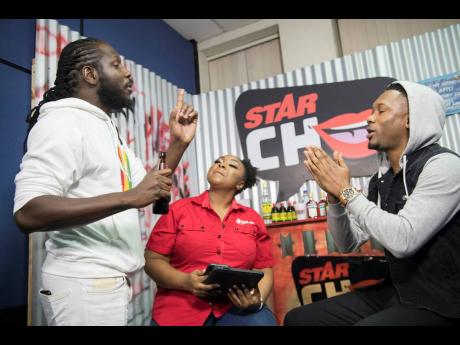 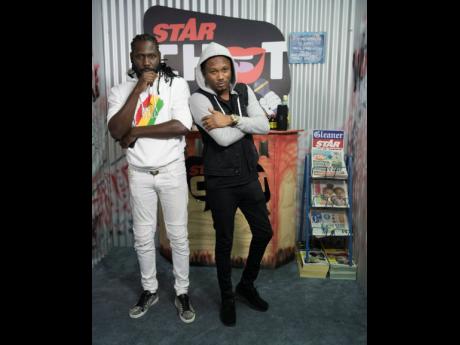 Skatta (left) and Chozenn both strongly hold to their respective beliefs.
1
2

The gospel singer warmly welcomed questions by proud atheist Cordell 'Skatta' Burrell, who believes the teaching and practice of Christianity are a mere representation of modern-day slavery.

"I hurt to see my own people giving up their self-awareness to a deity they know nothing about; it hurts me daily," Burrell clapped back. "It hurt me fi a man go out and buss him ass fi feed him family and him family turn around and seh 'Thank you Jesus' and fart pon the man. It hurts me fi see the same black people weh spend thousands of years in slavery dumbing down themselves further to still worship the slave master's religion instead of finding your own truth."

The two met when Chozenn was a secular contestant on the now defunct Magnum Kings and Queens of Dancehall competition in 2010, and Burrell lauded the singer for his professional accomplishments. But, instead of giving God the glory, Burrell attributed Chozenn's growth to solipsism.

"I wouldn't be the one to say the Lord has done these wonderful things for you. I'm gonna say Chozenn, you have risen above and beyond, Chozenn did it. Why should I believe that Jesus is the one that has brought this change out in you?" he said.

Chozenn, while accepting the compliment, was in no mood for a debate. He declared that Burrell has an agenda, and unleashed the scriptures in his defence that God exists.

"God is a spirit and he that worships, worships in spirit and in truth. Rude boy, yuh cya see a toothache but don't you feel it?" Chozenn asked. "No human mind can ever fathom God or explain God, he is unfathomable. I know exactly where this is going, religiousness will cause debates and the word of God is final so I won't go back and forth with you. It's a process weh not even me in my human mind can fathom but when you have a relationship with God, you're gonna get there. Yaa go have your Damascus experience, just like Saul to Paul."

But for Burrell, it was a case of been there and done that. Raised in the church, the producer was baptised at the United Pentecostal Church of Jamaica and credited his musical development to his time in church.

His stance was reminiscent of the age-old philosophical question, if a tree falls in the forest and no one is around to hear it, does it make a sound?

"I can feel a toothache, I can know what causes the toothache. You're quoting Bible verses and they don't provide answers because you say we serve a true and living God and I am asking you where is the truth to this true and living God? All you're going off is a Bible, written thousands of years ago, translated and re-translated by different types of people," he said.

As the chat intensified, Chozenn said Burrell was ridiculing the church, and asked Burrell to repent.