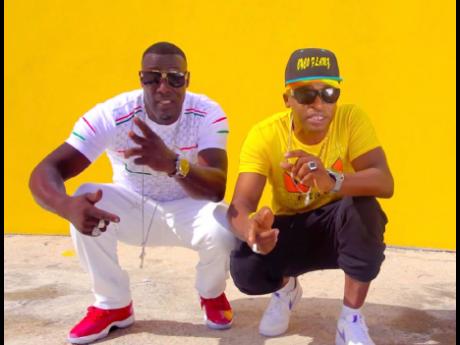 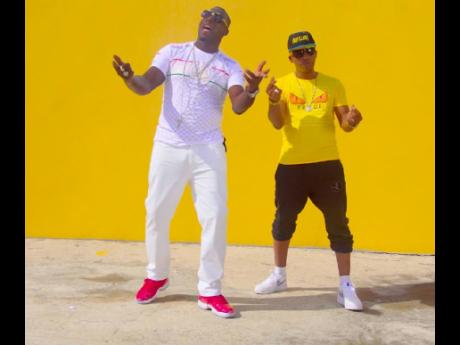 Cyco Flamz and Toxik are long-time friends who play either side of the Jamaican music coin - one emulating the tones and melodies of reggae music, and the other taking on the hard-hitting, heavy flows of dancehall stars.

But the duo put their musical pursuits on hold to raise their families. Now with grown children, they no longer have to fuss over, the pair reinvigorated a partnership that has carried since their childhood days in Lyssons, St Thomas.

Based in Queens, New York, both Cyco Flamz and Toxik have dreams of growing their reputations as authentic reggae and dancehall performers. However, their first attempts to make it big were stunted by location.

"We've been doing music for many years, but it was tough in the 90s," Toxik told THE STAR. Stars like Bounty Killer, Beenie Man, Shabba Ranks and many others were based in Kingston. With the advantage of living in the city, they had broken out and were dominating both the local and international music scenes. Such opportunities were not readily available so far east.

But in this technological age, music publishing is much simpler across great distances.

Additionally, since dancehall music seems to be getting significant attention in the international mainstream, while modern productions have veered on to a hybrid or 'trap-dancehall' path, Cyco Flamz and Tokix are ready to re-enter the race.

"We decided we're putting out records. Dancehall needs this now, because it's dying out, and we need it to come back," Cyco Flamz said.

The duo opines that the modern dancehall soundscape is lyrically inaudible, especially when considering international audiences.

"The music is not really passing the airport. But we make it with clarity. Our fans can hear line after line. Our broken English is still strong in the music, but we know we're not making it just for Jamaica," Toxik added.

With assurances that current and future fans both at home and abroad will be able to hear every line or their song, Cyco Flamz and Toxik hope that their audience will also benefit from the promise of everlasting friendship.

"Our lyrics are about upliftment, so people can relate to it. And they're gonna get best of both worlds," Toxik continued.

Interesting Fact: "We are childhood friends. We grew up together, from the same community," Cyco Flamz said. "We stick together. Never had a fight, never will fight. We just say we're brothers," Toxik added.