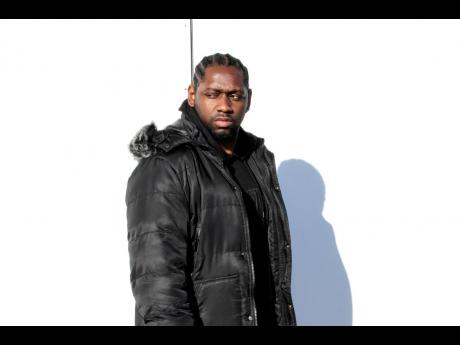 Have you ever heard a 'badman' gospel song? You read right, a song recorded by a gospel artiste with aggressive, violent lyrics towards a particular party?

Calling himself a dancehall gospel artiste, Maestro Bravest is lashing out against 'church people' in a song bearing that name, produced by Paul Watson.

Mimicking a similar flow as Up Top by Teejay, Maestro sings...

Mi a remind yuh why yuh nuffi diss me

Cause mi nuh miss when mi a shoot, mek yuh head drop a ground like it a breadfruit

This excerpt highlights a personal struggle Maestro shares that he has had since giving his life to God in 2014 - learning how to turn the other cheek.

Instead of offering lyrics about forgiving his transgressors, Maestro said he wanted to keep it "real" and let people know that being saved does not mean you are transformed over night.

"The song is actually a prayer; when I first came back in the church me realise seh some church people feel like dem can talk to you any way and use church or God as a cover up to speak to you disrespectfully," he said. "Yuh cya really feel like yuh can diss man and don't pay the price for it, dem people deh nuh know mi background, so rather than retaliate mi go home and pray, so the whole song is actually my prayer to God.

"One of the things I struggle with is God saying vengeance is His, cause mi is a man weh tek my own revenge. In the second verse, " me seh Father God you know seh a nuh joke when mi talk dis time, because God you know di things me do already and how mi stay", mi just seh yow mi a go lef it to Him."

Maestro is open about his experiences, sharing that he was actually kicked out of college after having a physical altercation with his teacher, and said he was once a secular artiste.

Since coming into Christianity, the United Kingdom-based artiste said he has chosen to be the 'bravest', which means touching topics some gospel artistes may avoid.

"Mi get some backlash for the song and a lot of people seh mi cya deh in church and a talk dem way deh but at the end of the day people need to understand that followers of Christ aren't holier than thou, mi a try break that image," he said. "We all have times when we come short and mi will show you the bad side and good side, I'm not covering anything, I just want to be transformed."