STAR of the Month: Original Mackerel advises new girl in the tin 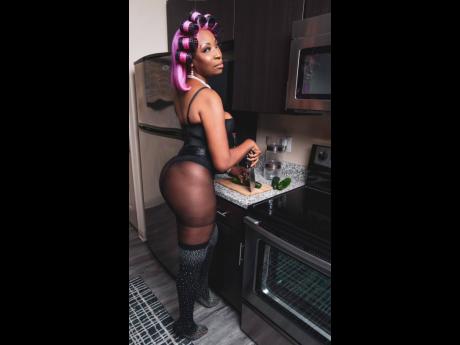 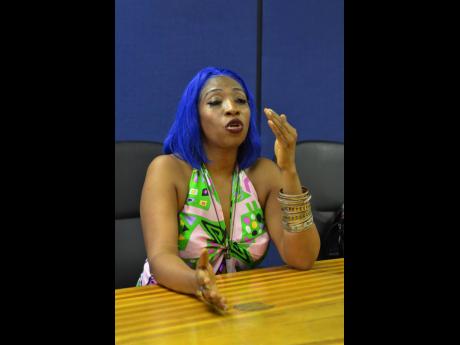 STAR of the Month Macka Diamond
1
2

The trolling memes were unending for internet personality Mackerel when she went viral for a series of videos earlier this year. From her name and appearance, to her ‘comedic’ content and musical efforts, nothing was overlooked by fake profile users who sought to ridicule the young woman.

Though social media was non-existent when Macka Diamond entered the music business in the late 1980s, she was also roasted for former name, Lady Mackerel.

“I was also teased, people said ‘Dat a the saltiest name anyone could ever have’, ‘Yuh nah go buss’, ‘The name salt, so go name Mackerel Salt’ ... but mi did get good compliments too like ‘You’re looking too good to be a ‘mackerel’...” Macka told THE STAR.

Emerging first as Lady Charm, she actually received the ‘Mackerel’ moniker when she decided to counteract dancehall artiste, Major Mackerel’s 1987 song Don Ban. Working with late pioneer producer King Tubby, she said she was given an ultimatum.

“I did the song Don Girl, but Tubby said the only way he would put out the song is if mi change mi name to ‘Lady Mackrel’. I didn’t want that name but back inna dem time deh, you’re so desperate that you want something out so I agreed, it was my chance to get in music. Plus at the time you had Sister Charmaine and people said we name did similar so I was going through a name change period.”

Tired of the jeering, she decided to change her name again for the start of the new millennium.

“There was this little girl that my friend adopted, she used to come at my gate and she couldn’t seh ‘Mackerel’ so she used to say ‘Macka’, so the whole community started calling me that,” she said.

“I got the ‘Diamond’ from my sister in New York who has that nickname. Anytime she came to Jamaica, she would buy me blingy stuff. We were talking about names and mi tell her mi a go steal her name and call myself Macka Diamond cause mi a go jook dem and mi a go shine.”

“Two weeks after I did the song, Lady G called me and said VP contacted her wanting to know who this Macka Diamond person was cause dem love the song. Mi seh it work! We did medley video with Lady G and Lady Saw and everybody was asking, ‘Who is this new girl?’. A whole heap of man start call me phone and some call Lady G and seh dem waan meet da new artiste deh. It was really exciting.”

Happy to have said good riddance to her past moniker, Macka has nothing but encouraging words for Mackerel.

“Continue do yuh ting cause it’s just a name and that is what our field requires, a unique name, some weird tings weh mek people seh boy da name deh weird but we will work with it,” she said.

“If she likes it, she can keep it. Mi even run a joke pon social media seh mi like how mi name surface back and who knows, maybe she can use the Diamond or Pearl after, so the name will live on.”