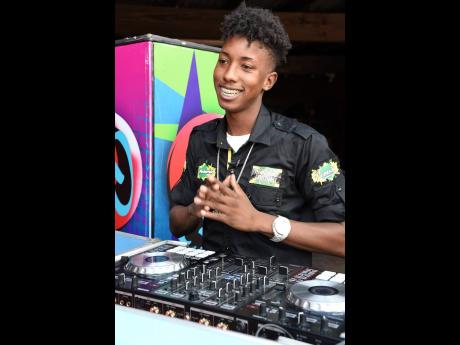 Shamari McCoy is the name on his government papers, but to the entertainment world, he is DJ Antsman. 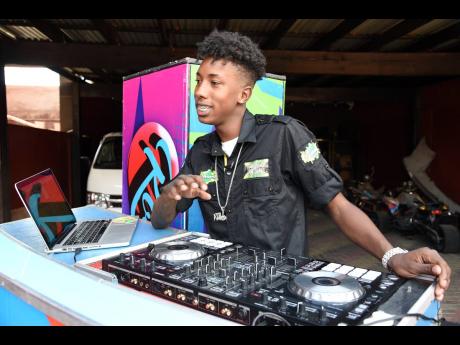 Ian Allen/Photographer If you’re the last DJ to play and the current DJ is playing most of the songs on your set list, here is how the Golden Boy says you should handle the situation: “Don’t watch the music weh play already. Yuh always have some more songs and genres to play.” 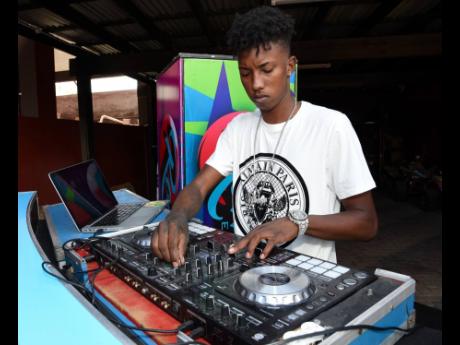 “People love my style of playing, the flair ... how diverse my sets are,” says DJ Antsman. 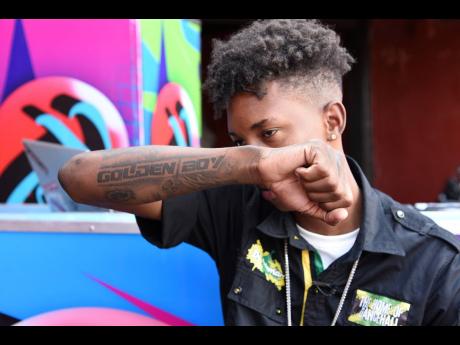 DJ Antsman acquired the alias, Golden Boy, after winning the 2018 Your View Awards for DJ/Selector of the year. 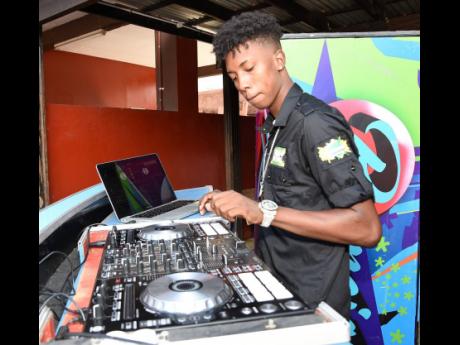 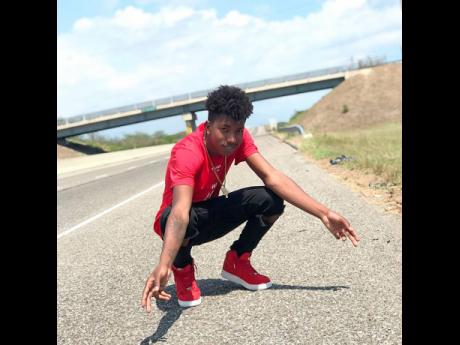 Contributed DJ Antsman is one of the disc jockeys billed to entertain at teenager-targeted parties. 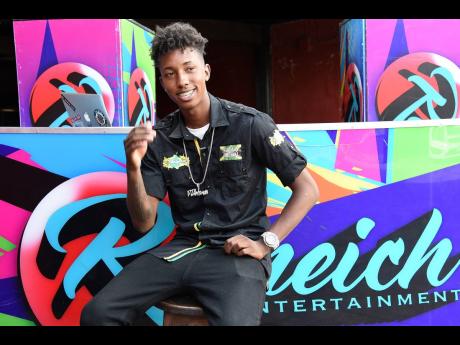 DJ Antsman could have taken many paths. He got nine CSEC subjects plus CAPE but decided music was his true calling.
1
2
3
4
5
6
7

There is something about boy wonder DJ Antsman that stops people dead in their tracks, turns heads, and channels good vibes. Maybe it’s his unapologetic swag from his signature fade, personalised diamond-encrusted chain to his tattoos, or the way he finesses the turntables and scratch-mixes like he was doing it from inside the womb.

Whatever it is, it works. The 21-year-old has become one of the most popular in his field in under two years, even acquiring the alias Golden Boy after winning the 2018 Your View Awards (YVA) for DJ-Selector of the year.

“People love my style of playing, the flair...how diverse my sets are. It’s not the usual same old or regular stuff,” he told THE STAR.

“People like to hear me play cause they don’t know what to expect from me. I’m a risk-taking DJ. I don’t really stick inside the box. I always play outside of the box by doing some different stuff; scratching, some smooth-mixing, beat-matching, and that attributes to people wanting to see me a lot.”

When THE STAR visited his Romeich Entertainment base in Kingston recently, visitors, employees, school children, and even the Up Top boss himself, Teejay, gathered nearby to see him in action.

DJ Antsman did not disappoint, kicking things off with his label’s ‘Snap’ rhythm, before seamlessly dropping trap dancehall favourites from artistes like Squash, Vybz Kartel and Hot Frass. His timing is parfait, consistently assessing his crowd (which by now is dancing and ‘braffing’), and after playing a few tracks on the ‘Lifestyle’ rhythm, his ‘out of the box’ persona shines, with a sick remix of Teejay’s Henne & Weed on Stylo G’s Dumpling beat.

“I started out playing at a very early age, like 12,13, using Virtual DJ then Serato on the computer and it was merely a hobby that filtered out into being more than that,” he said.

“It reached a point where I did it more than I did anything else. I was good in school, got all nine subjects and CAPE, but when it came to music, I was on it.”

Raised in Duhaney Park, Kingston, the former St George’s College student earned his moniker after he was spotted sporting a T-shirt which bore the image of an ant. He became the go-to vibes master at school functions, playing at club meetings and socials which continued when he attended sixth form at Ardenne High School.

Already deciding that the average nine to five job was not his calling, the young DJ, whose given name Shamari McCoy, decided to pursue music upon completing school.

“I knew I wanted to do this from second form,” he said. “Back in those days, 2012, everybody usually look up to Creep, Chrome, Coppershot, and all the seasoned names in music. I had a very unorthodox mentor, DJ Juju Royal, who worked at RJR for a couple of years. He was the one I looked up to and aspired to be like because of his skills and how he manipulates the turntable. I’d always say, ‘One of dem days me waan fi learn how fi do dat cause him bad’.”

Practising his skills eventually landed him on RJR94FM, as a DJ for Empress Golding’s Talk Up Youth programme, and the resident DJ when the programme migrated to Nationwide radio.

He cites his breakout point as winning the YVA trophy last year, which he said opened several doors, including his gig at Romeich, where he said his monthly party roster may run up to 15 events, depending on the season.

“Everything, basically, started out at that point, I stepped up from being looked down at to being looked up to and became a mentor and inspiration to a lot of people, being 20 and winning among all the top names we look up to,” he said. “I’ve been at Romeich for like a year and five months now and my career has progressed drastically cause you know Romeich is a big brand, so it carry me to a lot of places and areas I wasn’t accessing before.”

With the third volume of his No Sidelines mixtape out now, he is currently readying the fourth and another mixtape with Chromatic’s Travis, dubbed Area 51 (remix).

“People can look out for great things from DJ Antsman,” he said. “In a couple of years I see myself as a DJ, producer and artiste if everything works out, you know we have to dream big. Probably I’ll be the next Romeich Entertainment if God wants that to happen, probably sing a few songs and be next Up Top boss or Ding Dong.”

What five songs must a DJ play at any event today?

DJ Antsman: Any Shenseea, Teejay, and Ding Dong song, anyone of their hits, trust me!

What do you do when You get to a party and the crowd is not engaged, and you’re up next?

DJ Antsman: My advice to a DJ who is going to play for a dim crowd is to put yourself in the situation as a patron being there on your phone, not enjoying the vibe of the DJ playing now. Think about what you would want to hear to get yourself under a vibe, apply it to the music and carry it out.

What do you do IF You encounter technical difficulties?

DJ Antsman: Be professional. The crowd doesn’t need to know what is happening. There is also the use of a mic and that is where good MCs come in because you can hold up the music, fix up whatever you need to fix up while engaging the crowd and ensuring that they don’t know what is happening behind the turntables.