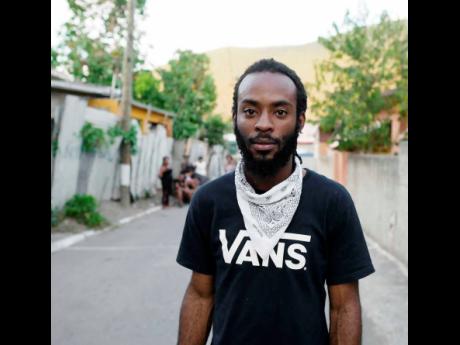 Like his father Sizzla Kalonji, rising singer Reemus K wears many hats. At just 23, he runs his own record label, Korrection Music, and has been involved in music production since his teenage years.

He is also currently enrolled in the University of the West Indies' Community Film Project (of which his dad is a graduate) and even specialises in computer repairs.

With the world as his oyster, Reemus K is choosing to nurture his music career, and is curating his debut EP, Mental Meditation.

"It will have positive songs weh people can relate to, music weh motivate dem from doing the wrong, 'boosting songs' so to speak, with just straight positivity," he told THE STAR. "I'm going to be producing most of the songs and I'm looking to release it next year."

His latest release, How We Roll, is a party-themed single produced by Speedy Judgement Productions, which he said is reaping good reviews.

It adds to his three-year catalogue, including songs like My Dream, Go Fah and What is it, featuring his brother Skorcha.

"My music is catchy and people love my lyrics; some people even seh dem think me woulda out there already cause dem seh my voice sounds like something they would hear on the radio," he said. "There are different elements to the business though, like promotion, which is something we are working on."

Raised in August Town, St Andrew, Reemus K, given name Raheem Collins, received his moniker from his dad, though he said he has never questioned what the name means.

With music in his blood, he recalled making beats from desks and chairs while attending Excelsior High School, and spent days honing his craft at his dad's Judgement Yard studios.

While he admits to feeling some pressure to live up to his father's musical accomplishments, he said his method of charting his own path is rooted in trying his best, and keeping a positive outlook.

"I would love to be one of Jamaica's best musicians one day," he said. "I continue to improve my skills and learn all I can, and I'm really involved in all of my projects. I love editing videos, I like to edit some of my videos too, and I even record myself sometimes and mix my own music sometimes."