Weh Dem Up To: Torch igniting the world through music and community outreach 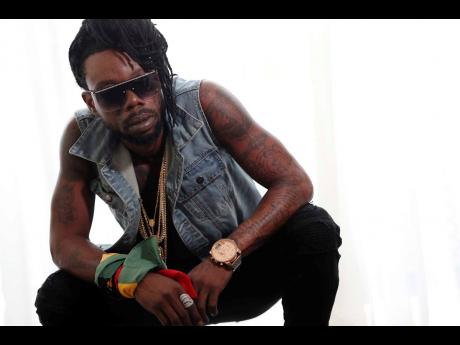 Jamaican fusion artiste Torch says it has been “non-stop movements” since his single ‘ Good Reggae Music’ sparked a fire on the ‘Honey Pot’ rhythm in 2013. The singer revealed that while he has not done enough groundwork in Jamaica, his fan base has been long-standing in Europe, with a growing audience in other parts of the world.

“I’ve been doing a lot of tours in America – me nah talk the rural parts, mi mean white people town – so di ting picking up in America. Africa has been calling, too, so I leave to go there in November for a one-and-a-half-month tour, which I am looking forward to,” Torch told THE WEEKEND STAR.

Despite his international demand, the singer makes time for several local projects that he spearheads. A resident of Trench Town, west Kingston, Torch has established a charity (not yet registered) in aid of children in need. A father of two, he shared that he would often be contacted by parents for financial help, which inspired the initiative.

“I’ve been doing a lot of work with children, especially from my area,” he said. “I see a lot of youths not being in school because dem mama and papa can’t afford it, so me, alongside a couple of my friends from Canada, pool our resources together in helping parents. I also keep a little treat for kids in my area during Christmas and when back-to-school comes around, we issue books and other school supplies.”

“It has been creating an impact overseas because it doesn’t just show one side of Torch. there is reggae, dancehall, an acoustic song, a Latin-type song called In the Rain, and even one that is reggae fused with jazz.”

Given name Kevin ‘Damion’ Campbell, he first pursued a music career as Honeycone in 2000 but really started grabbing ears after teaming up with producer Donovan Germaine in 2004. He eventually changed his name to Torch after singer Tony Rebel described his sound as “blazing”. His catalogue includes singles like Good Love, Keep on Moving, Love Zone, and Lion.

He is now focused on curating a 12-track dancehall project dubbed Damion, son of Diana, which will host the lead track, No Worries.

“A lot of people have been asking why me drop that genre, and no one said I had to stick to reggae only, so right now, it’s about pleasing fans and making sure they get the music,” he said. “It’s gonna be hardcore but not derogatory, and it’s gonna show the fire side of me and the side where you get guidance through darkness.”