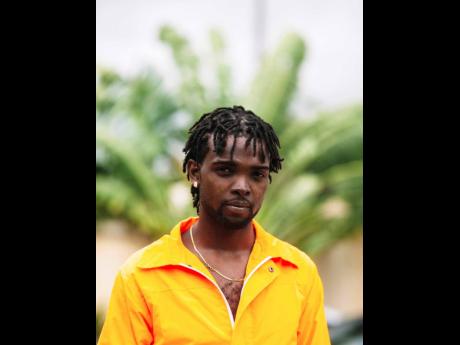 St Mary-based artiste Yaksta is hoping to change the narrative of people who come from rural areas through his 'bush movement'.

A term usually smeared in the faces of countryfolk, Yaksta has turned it into a brand, with plans under way to stage the inaugural Bush Fest concert in St Mary to stimulate country pride.

"I am the 'bush' lord, and it's a movement about the country bunkers, where we a come fi uplift people with a freshness, a more chlorophyll-based filled music in dancehall and reggae," Yaksta told THE WEEKEND STAR. "The inspiration to have the concert came from wanting to get every artiste from St Mary to express themselves and letting people know that the talent is here and we need their strength to push it further. So far, we have Munga Honorable and other St Mary artistes, as well as Jahvillani on the line-up, and hopefully this will grow into something bigger, where investors will want to be part of it."

The event will also see the launch of his Late Bloomer EP, which will antecede his debut album, King of the Bush, in 2020.

The artiste, who comes from Cock Street, Port Maria, is receiving attention for his breakout single St Mary, released in May.

"I started my career in 2017 with a song called Home, which went viral on Facebook, and I followed up with Boogie Woogie, which got a lot of international attention because of the whole creativity and difference behind it. The St Mary song has really taken me to a next level, where the whole north coast is now saying 'bush', so this year has really been my most successful in music," he said.

Given name Kemaul Martin, the 25-year-old said he has always been artistically inclined, having spent most of his life involved in the performing arts.

"I've written poems, scripts, and I've been exposed to fashion designing and the culinary arts," he said. "After school, I started a fashion business which went on for more than a year, then I went to work in a hotel, where I was doing entertainment, but I left because I didn't like certain aspects of it. While being a waiter somewhere else, I was always writing songs, and my supervisor told me that I should leave and do music because while I was good at that job, it really was not what I loved 'cause I always returned to my artistic side."

Now living out his dream, Yaksta hopes to carve his own name in the business, though the journey is sometimes unrewarding.

"You have to work in accordance to how things are. you may plant a seed, but not because that seed does not germinate in the time you projected it to bloom, means there is not work going on," he said.