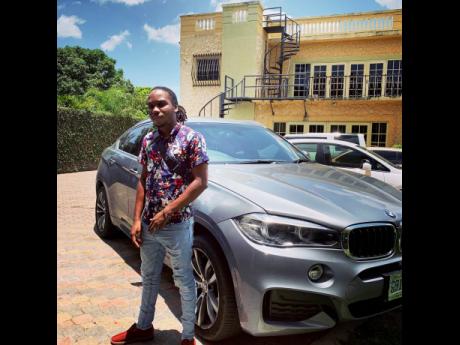 For music producer/audio engineer Odane 'Chaddy Don' Hibbert, talent is useless without training. Even though his father owns a record label and his grandfather is a singer, the 23-year-old took no chances in honing his skills. As a teenager, Hibbert shared that he used to understudy veterans in the field after leaving school.

"Mi born wid music, but me never know me woulda do it til one day mi get up and seh mi waa learn audio engineering," he told The STAR. "Me seh it to one of Bob Marley daughter's, Stephanie Marley, and she seh alright, we a go put you on a programme at Tuff Gong studios, where an engineer there taught me. From there, mi start go other studios and learn more things."

He has since established Chaddy Don Records, and is promoting his latest rhythm project, 'Mallabu', which features 6ix frontman Squash on the song Go Hard, and American artiste Jhonni Blaze with Like It. He is also working on projects with Teejay and Squash, but said he also deems it important to work with up-and-coming artistes, like Digital Sham, KR Kinetics and Anahjah.

Standing out in a competitive business is no easy task, but Hibbert is staying the course, and said he has major plans for 2020.

"It's rough, it's nuff work that involves promotions and a lot of things. Yuh haffi just work hard and focus cause the game is tough."