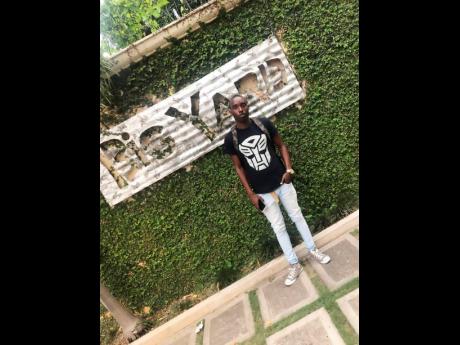 Kingston-based producer Jahboy is making his name in the Afrobeat market, aligning himself with some of the genre’s leading producers and artistes. Boasting co-production credits on Davido’s hit song ‘ Ekuro’, he is currently working with another Nigerian star, Wizkid, on new music for 2020.

“I actually got the link through one of my African friends, Chidokeyz, who works with him,” Jahboy told The STAR.

“Mi send him a rhythm, and he had it in the studio vibing, and Wizkid hear the rhythm and seh him like it and asked whose it it. Wizkid end up voice on it, and him manager send it back to my email, so I am working on that now.”

The instrumentalist tapped into the Afrobeat genre a few years ago at the hands of Nigeria’s Mr P, a singer, songwriter, and producer.

Jahboy, whose given name is Alrick Bailey, believes that Afrobeat is taking over and even offers beatmaking classes in the genre at his Jahboy Bailey Productions studio in Kingston.

“Afrobeat is popular right now, and I have the most African songs in Jamaica,” the 26-year-old said. “I feel good that I am being accepted in that market, and I get a lot of good responses. There really isn’t a major difference for me in making Afrobeat music or reggae music, a just the drum patterns different. Nowadays, dem fuse Afrobeat with dancehall and reggae, so it has a different kind of sound.”