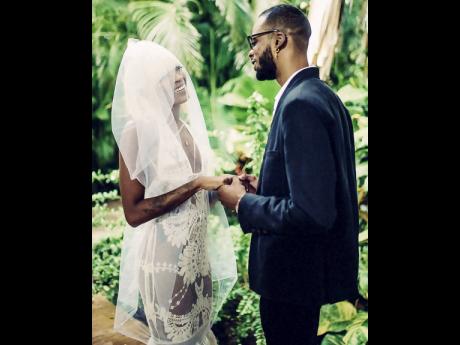 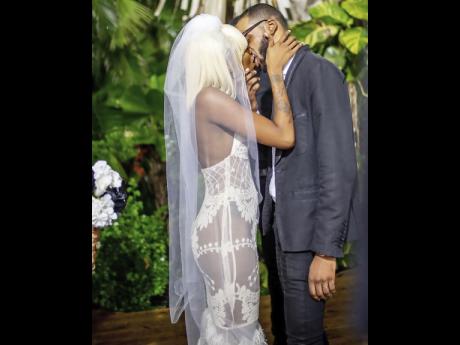 Members of the dancehall fraternity and supportive fans have been extending congratulations to dancing couple, Wiz and Desha Ravers, after they apparently tied the knot this week.

Desha Ravers, a popular female dancer and style maven, posted an image dressed in an embroidered, mesh skin-tight white dress and veil, clutching Wiz Ravers’ face close to hers with the caption, “Now and Forever” on Instagram on Friday.

Wiz Ravers, in return, revealed new images holding Desha’s hand and expressed: “I’m ready for a lifetime of happiness with you love from the start love till the end.”

A wedding spectacle has long been a strategy for garnering followers and to promote brands of entertainers on the local and international stages which has led some followers to speculate that the recent posts may not be from an actual wedding.

When THE STAR contacted Desha Ravers she said, “Thanks but no comment.”

However, with relationship status of Desha Ravers and Wiz Ravers being public knowledge, it is not completely unbelievable that the two may have followed in the footsteps of their Ravers Clavers principal, Ding Dong, who said “I do” to longtime girlfriend last June.

Wiz and Desha Ravers, which have since then been reposted by the Ravers Clavers family and Romeich Entertainment, are attracting attention from local entertainers like Laa Lee, G Whizz, Dovey Magnum and Shenseea.

Efforts to get in contact with Desha Ravers' father, Beenie Man, were unsuccessful.