Nicko Blast has ‘Nothing to Prove’ 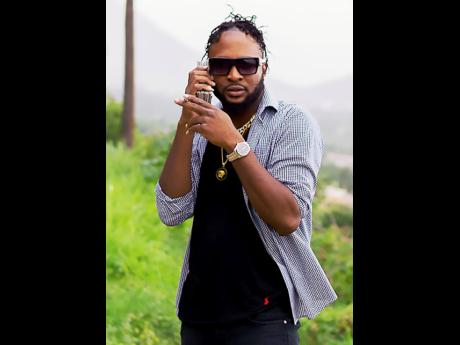 Nicko Blast's new EP, ' Nothing to Prove', encapsulates where he is in his career. The nine-track set, produced by UIM and Bassick Records, was inspired by his own musical journey and life experiences.

"Me notice seh inna di dancehall music industry, people always a do things fi prove to somebody or dem competition, but music is not about that," he told THE STAR.

"Everybody is running dem own race, and mi just a show di people seh me talented and we have the gift and we a present it properly. We nah compete or look fi tek nobody space nor fight nobody; we have nothing to prove."

He cites his favourites from the tracklist as 24/7 for his vocal delivery and Goosebumps, which strays from his signature grimy sound to explore his adaptation of Afrobeat. He shared that he has no expectations for Nothing to Prove but is nonetheless pleased with the feedback.

"Mi nuh expect fi mek no millions, mi nuh know if it a go number one, mi just a do it for the people, and so far, it a gwaan good," he said. "The visuals are already out for 24/7, and we a work fi drop some new visuals now."

Nothing to Prove is his debut EP and follows his 2016 Full Blast mixtape, which was released when he was a member of Aidonia's 4th Genna/JOP label. Nicko Blast said that he left the camp two years ago to expand his brand and shared that he has seen favourable results since.