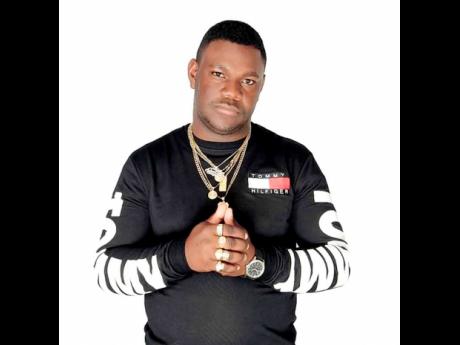 While most artistes prefer to take the 'dance a yaad before yuh dance abroad' approach to their careers, Jamaican rapper 12 Gaddi is doing the opposite.

The entertainer, who recently returned from a one-month tour of the Caribbean, says he is hoping to make strides on the international circuit before zoning in on the Jamaican market.

"I am trying to blow up overseas first and then let Jamaica catch on. Right now, the industry in Jamaica is too saturated, and so the 'crab in a barrel' thing a hold down talented youths," he said. "When yuh set yuh thing overseas and it tek off there, automatically, people in Jamaica will start jumping on. That's how it usually goes. Plus, Jamaica is a small place, so you are really holding back yourselves if you just stay there in one nutshell and try to break."

The rapper, who performed at several events across the region from September 8 to 29, told THE WEEKEND STAR that so far, his strategy has been working.

"I am getting a lot of attention right now. The focus of the promotional tour was to cement the brand in different places, and we have been doing that well. We used the tour to distribute my mixtape because there is no point of going on a tour if you don't have merchandise or CDs to market. We have to change with the times and also think smarter than the curve because this music industry is a very competitive sport," he said.

Following his Caribbean exploits, the rapper will now turn his attention to the United States, where he will attempt to spread his brand even further.