Is Aidonia a dancehall legend? - Music insiders disagree whether the deejay has reached iconic status 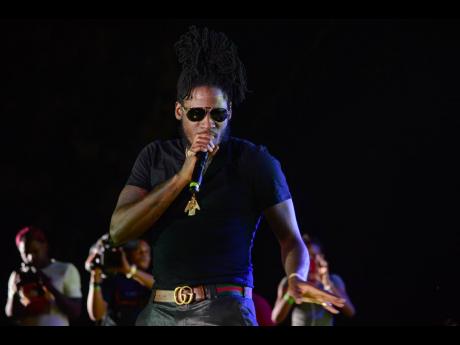 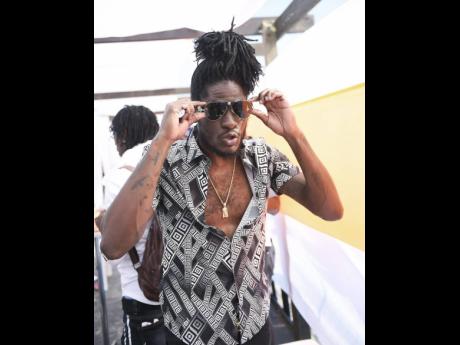 Last week, dancehall's 4th Genna boss Aidonia ignited a heated social media debate when he made a tweet referring to himself as a legend in the industry.

Some users felt that while the Hot Tool deejay has managed to build an envious career, he has not quite reached the iconic levels it takes to be dubbed a legend.

Others, however, believe that with the quality of music the deejay has consistently churned out over the years, he has indeed earned the status.

Among them is MC Nuffy. Pointing out that Aidonia has contributed more than 15 years to dancehall music, Nuffy said that even for that reason alone, the deejay's legendary status is unquestionable.

"Dat man do him work. Me a do stage show fi 20 years and Aidonia pan a professional level a do bout 15 and once a man pass deh so inna dis industry, a dem levels (legend) him deh. Me MC Nuffy can tell anybody and beat me chest and me stomach hard. Aidonia reach dem levels deh. Him work for it," he said, pointing out that Aidonia has not only contributed to the development of dancehall as an individual artiste, but as one who breaks new talent. "Aidonia nuh kill champion, him build dem just like a Kartel or a Bounty Killer."

DJ YRush was a bit more diplomatic in his assessment. For him, the status is granted based on context.

"There's levels to this and yuh affi take it in context. He is (a legend) if yuh compare him to all di man dem weh a come from the 2000s to now. If you grew up listening to Aidonia as a young yute under the age of 24, 23, Aidonia a di baddest thing outta this whole crop of artiste. He came out with Busy Signal and him and Busy are the only two artistes from the 2000s to now to really keep certain things," said Rush. "Relative to the generation before him though, he hasn't reached the accomplishment and hasn't shifted the industry the way a Ninja, Shabba, Super Cat, Bounty, Beenie, Vybz Kartel or Mavado has yet."

Nuffy, however, begged to differ. He expressed that one of the main characteristics of a dancehall legend is their ability to introduce new talent. And, according to the emcee, Aidonia has managed to do that like other dancehall bigwigs.

"Aidonia a di big man just like yuh would a have a Beenie, a Bounty or a Kartel. Di man deh weh graduate weh yuh can have dem as lead entertainers," he said. "Give di man weh due to him, man. The work weh Aidonia put in, him deserve it."