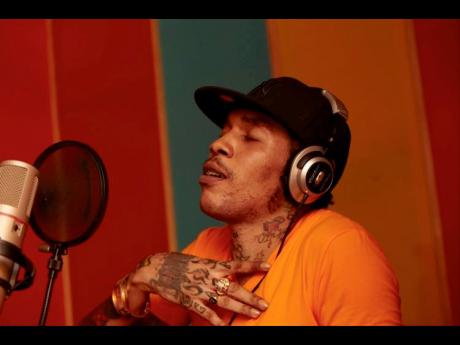 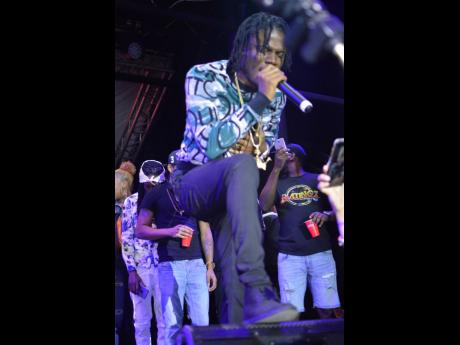 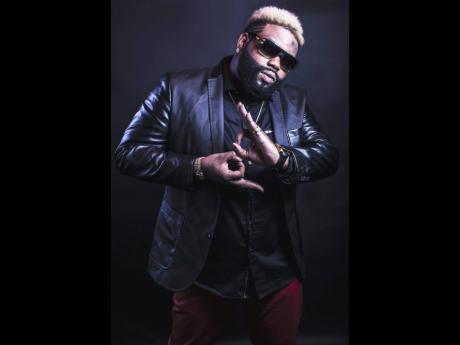 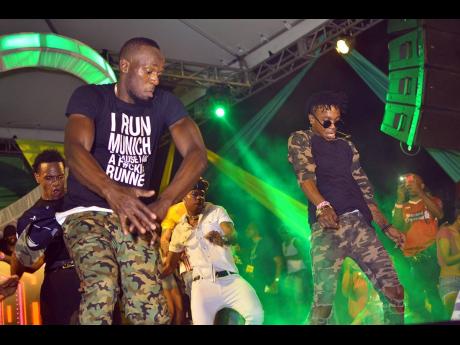 Athletics legend, Usain Bolt (left) gets into a dance-off with Silent Ravers. 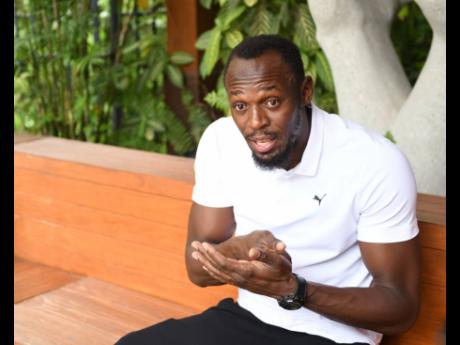 Following on what he deemed a successful first project, Olympe Rose, retired Jamaican sprinter Usain Bolt has released a second musical masterpiece, the Immortal Riddim. It includes some of the biggest names in the business, among them being Vybz Kartel.

"Many people here in Jamaica and all over the world have told me that they enjoyed my first music project and (they) want me to continue to represent culture of reggae/ dancehall," the sprinter told WEEKEND THE STAR on Thursday, a day before the Immortal Riddim was released.

In addition to Vybz Kartel, the likes of Masicka, Munga, Zuzu - Chris Martin's alto ego, Ding Dong and Demarco are on the the new rhythm, which Bolt said was released in time for the Yuletide season.

"When I heard the Immortal Riddim, I just knew it was right for the Christmas season, thus I put in motion to get some of Jamaica's favourite artistes on the project," Bolt said.

The Olympe Rose' riddim was named after his very own champagne.

"I enjoyed the experience of that project a lot," he said.

A fan of the Gaza boss, Kartel, Bolt has long had a love affair with music. Post-race dancing was a feature of his performance on track and he is known to dabble with selecting. Now that he is in the business of music, the 9.58 sprinter says he is enjoying it. No wonder he is so upbeat about Immortal Riddim.

"I believe dancehall fans throughout the world will appreciation the musical artistry of the various artistes on this project," he said.

Commenting on the success of Olympe Rose, Bolt said: "We have had international companies contacting us, wanting to secure the rights to the riddim for games, documentary etc. Hopefully, my management can work out terms for some of these projects".