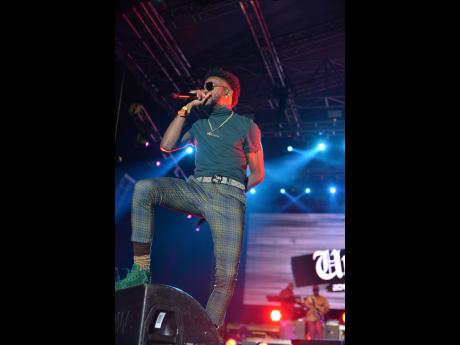 'Sauce Boss' Kemar Highcon says that after using 2019 to introduce himself to the Jamaican market, he is looking forward to becoming a mainstay on the entertainment circuit this year.

Describing last year as a remarkable one for him, the artiste says he will be taking things to a higher level over the next few months.

"It (2019) was my introduction year to the music industry and I felt like I made a mark and gave supporters something to remember. I ended with two corporate deals, Digicel and Pizza Hut, and the relationship is still going and perhaps will get stronger," he said. "2019 was the year I realised the direction in which I wanted to go in terms of my music and the kind of impact I can have on people. For 2020, I want to make an even bigger impression."

The entertainer expressed that he's already decided to dedicate most of his time to his career, as his aim is to build a music brand that can compete on a global scale.

"For 2020, nothing really changes. I know I have to go a little bit harder this year so the workload will be twice as much. I will work twice as hard to get where I need to get and get the music out in the world," he said. "I will continue to put out more good music, songs people can connect to. In all fairness, I'm trying to create something that the people will always want to be part of. Not just music either, but a brand that can make waves overseas."

He thanked all his "supporters", because "I don't have fans, fans blow all over the place".

The year 2020, it's just more sauce and the sauce will be forever," he continued.