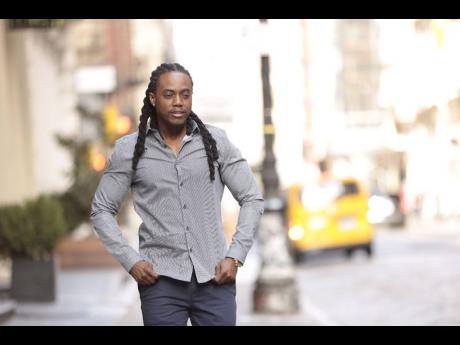 Dancehall artiste KipRich had a successful 2019, where he landed a major endorsement as one of his songs, ' Assurance', was used in a television commercial by US-Korean beauty giant KISS.

He followed that up with a number of shows in the final quarter of the year in England, San Andreas, and Guyana.

"All venues were packed, it was a really great vibe on the road," KipRich said.

He is presently in the island doing promotions for his songs, and putting the finishing touches on his 12-track one-drop album.

KipRich's as-yet-titled album will include a bonus track, Spanish Angel.

Some of the songs include Mama's Boy , for Yellow Moon Productions, and Change Your Ways.

"I will be working with producers such as Sly and Robbie, Christopher Birch, Kirkledove, and newcomers like Kalfani on this project. I plan to do the album and shop it as a finished product to several labels for distribution before summer," Kiprich said.

In the meantime, he is pushing a number of singles, including Win, Dancehall Gallis and Call Di Lawd.

"The response to Win has been phenomenal, with over 270,000 views since the video hit YouTube. Now I am turning my attention towards the one-drop album I am working on. I did a cover of the Spanish Angel song with a twist, which is a new vibe for me," KipRich said.