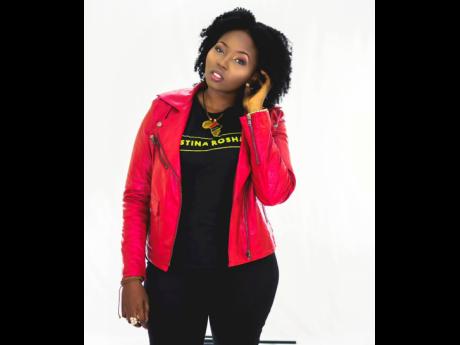 Gospel music fans will be familiar with the name Christina Roshay. Though she has performed on gospel shows and released a few gospel songs, she's not exactly a gospel singer. The powerhouse vocalist has decided to remain uncategorised, so she can be seen as a songwriter who does music that reflects reality.

"I did sing gospel music before, but life is fluid. It's a journey. I've grown and decided to open the capacity. Based on the topics I want to touch in my music, I'm going to have to broaden my horizons. Whatever it is I live or see, I will sing about," she told THE WEEKEND STAR.

"Even when I was doing gospel music, I don't think the typical gospel person would classify most of my songs as deliberately gospel. I've done songs like Stop It, which speaks to stopping the abuse of women and children. I've always been touching on current events and affairs, speaking on the issues that I see."

Roshay is currently in the United States, where she is recording new music. "I came over here initially for a reggae show, and have been doing some recordings, trying to add some music to my list of songs," she said.

She has even filmed a music video on the Florida coastline for her song, Guh Fah, an upbeat 'afro-pop' sound - rooted in a contemporary dancehall groove. Since its release in April 2019, it has enjoyed over 100,000 views on YouTube.

Last week, she released another track called Stackin Up The Paper. "It's a dancehall vibe. But, I'm more a vocalist, I prefer to sing than deejay," she said.

Even with more streams than many up-and-coming acts can boast, Guh Fah and Stackin Up The Paper do not start the identity-forming catalogue Roshay is building herself as an independently motivated, versatile writer and vocalist.

Next month, she plans to release a brand new song called Living It Up. " Living It Up is where I want to go musically. It's more of the kind of music I want to do. I would look at that outrightly, as the start of the new list," she shared.

As Roshay starts the new list, the emerging talent has other tasks to complete.

Soon, she will return home to Jamaica, to complete her teritiary studies.

"Music was never something that was expected of me. I am still a student of the University of the West Indies, so that is the path that is expected. However, I feel like I'm most comfortable, and most myself when I'm around music," Roshay shared.

And she's going for it. "The EP I'm working on, you'll hear more vocals. Hopefully, we can get it out by June," she told THE WEEKEND STAR.