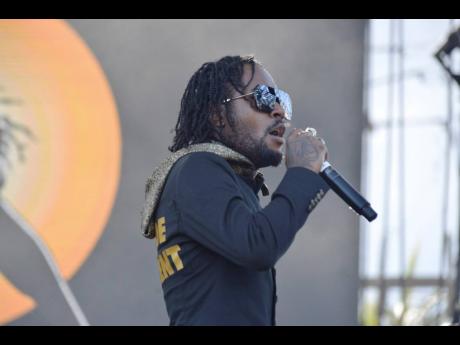 Record producer DJ Smurf says Preserve Mi Life, a song he recently produced with dancehall artiste Jahvillani, is most timely and brings into focus the fragility of life and the need to give thanks. The track was released earlier this month on the GPS Rhythm.

"The title of this song speaks for itself. Listening to the song and singing the song, it's like a prayer. When you wake up in the mornings, a one a di first things you can say, 'thank yuh father fi preserve mi life'," he said.

"In regard to sickness, we have a new virus a go around weh called the coronavirus, and people just a lose dem life just like that, and so the song says we really affi just stop and give thanks to the Almighty when we live fi see another day."

He pointed to the 7.7 magnitude earthquake that rocked Jamaica and sections of the region, as well as the shocking death of Kobe Bryant as reasons persons should be full of praise.

"I think this song should really be an anthem weh people can use as a daily prayer. Before yuh even look pan yuh phone or brush yuh teeth, yuh fi sing if an even the first line of this song," he said.

Smurf said that since the song was released earlier this month, it has been getting a huge support from fans and deejays alike. So far, it has been viewed more than 200,000 times on YouTube. In Preserve Mi Life, Jahvillani, known for hardcore music, said that many of his friends are either dead or in prison.

He sings that "man could a dead out a crazy times", adding that Jah Jah continues to bless him with life.

"Mi deh yah fi a purpose," the artiste says on the track.

Impressed by the work, DJ Smurf said that Jahvillani has matured a lot since getting his big break in music.

"If he continues on this path, he should have a long-lasting career in music," he said.