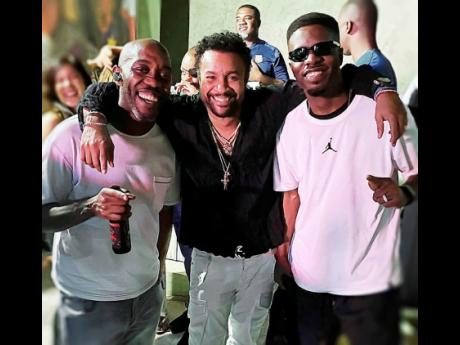 Despite his years in the business, international superstar Shaggy said that he's still learning.

"Me ah watch a dance weh keep outta Skateland the other day with man like Tenor Saw a clash (back in the 1980s); me a learn at my age right yah now," he reflected at the recent Jamaica Music Conference panel discussion.

The Rae Town-born and raised entertainer expressed that when compared to the reggae and dancehall scene from the 1980s to the early 2000s, things have become fast-paced.

"YouTube is an artiste's best friend," he said to the auditorium filled with ambitious music industry stakeholders and fledglings.

Immediately the murmurs died down and all eyes and ears faced front.

As one of Jamaica's biggest crossover acts, Shaggy was not ashamed to share that YouTube is his go-to online mecca to watch performance styles.

Recollecting the days of Sunsplash, "back in the day the festival probably has five acts for the day," and big festivals in Europe like Rototom Sunsplash have copied that model.

"But we have an appetite out here to want 30 artistes fi we money. With four or five acts, then sound system segment and intermission, people get to vibe with the artistes, not just a song," he said. "(On a show overseas) I'll sing a song to the end. Out here I do the intro, hook and me gone to the next chune. If you think as an artiste you doing a full song, nobody attention span here is past a verse. Me guh to the deejay and seh from you hear, ' Mr Lover Lover, mhm, she call me Mr Boombastic', just cut the chune," he said.

The It Wasn't Me deejay said that is to say what happens on a stage needs to happen quickly and must be done in a creative way.

Seani B said, "There are people out there that don't have big names behind them, but that have bigger numbers. When I got into BBC 1Xtra 17 years ago, that was massive thing. Now you have a younger generation doing the same thing I am doing without that major contract. Artiste or videographer, doesn't matter. Once you are a creator, the platform has levelled everything."

He opined that anyone who is not using the available platforms is doing themselves a great injustice.

"There is a lot to be learnt from past industry professionals, and similarly the new era of entertainers from creating something that appeals to the mass audience to performing for all spaces," he said.