Honey B calls for cannabis awareness on new single 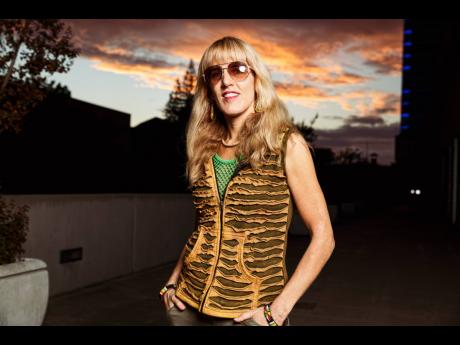 California-based reggae singer Honey B has added her voice to the call for the full legalisation of cannabis worldwide with the release of her new single, titled Cannabis Awareness.

The single, that was produced by I-Taweh, formerly of the Mystic Revelation of Rastafari, was released with a video on January 17 on the Cultivation imprint.

"I think that the time has come for cannabis to be fully legalised because it's not a drug. It's a herb that can be used to treat so many illnesses, including glaucoma, obesity, epilepsy and arthritis," she said.

Honey B is confident that Cannabis Awareness will do well internationally.

"The message of this song is something that a lot of people can relate to, and it's going to do well in a lot of different countries, because people are becoming more aware of the importance of cannabis globally," said Honey B.

Cannabis Awareness is distributed by Tuff Gong International and is available on all leading digital music platforms including iTunes and Amazon.

Honey B, whose given name is Emmy Riddle, was born and raised in Modesto, California.

Growing up in a household where music was always present, she developed a strong love for reggae music from an early age.

Honey B launched her recording career in 2012 with a song titled Rocket that was released on the Cultivation imprint.