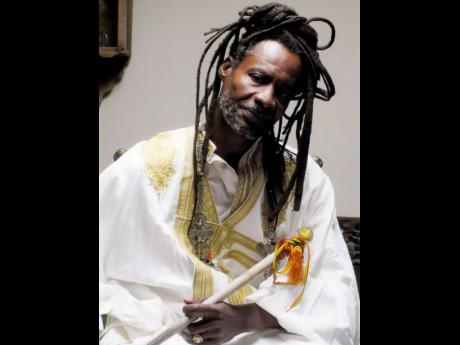 The Kingston-born singer, who resides in Santa Fe, New Mexico, in the US, says Cruisin is one of his favourite songs.

"I'm a big Smokey Robinson fan; I love his music. Cruisin is one of my favourite songs. So I decided to record a reggae version of it," he said.

Since then the song has enjoyed steady rotation in several territories including Jamaica, the US, the UK, and Europe.

"I'm pleased with the response that this song is getting. I can't complain, it's getting a lot of support from DJs all over the world," he said.

King Shark is also promoting two other singles, Can't Do Without It and A Reggae Sentimental Journey ; both songs were also released on Valentine's Day.

King Shark formerly recorded and released music under his given name Alphanso Henclewood up until 2014. He is also a music producer.

He is currently working on his third album which is slated to be released later this year.

In 2015, he released his debut album, Crucial Time. This was followed by the release of his sophomore effort in 2018, Walk In The Light.

Both albums were produced by him and released on his Montego Bay Records label.

King Shark was born in Kingston and grew up in Greenwich Farm. He lived there until he migrated to the US in 1982.