STAR on the Rise: X-Amount wants to exceed all expectations 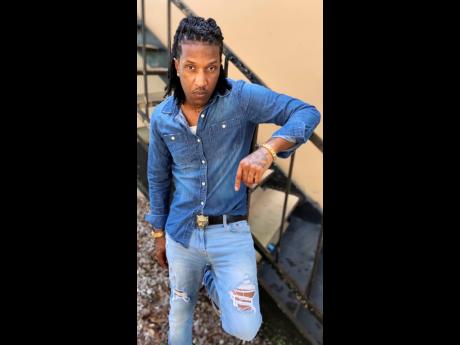 It’s not news that the music industry is very competitive, said reggae and dancehall newcomer X-Amount.

“The biggest names in the business have to work extremely hard to stay relevant, and as a young, up-and-coming artiste, you can expect that the door will be closed in your face sometimes,” he told THE STAR.

When he first emerged on the scene more than five years ago, X-Amount was a bald head. He returns with a new look – long, locked hair.

His blend of roots reggae, lovers’ rock, and dancehall falls under a unique umbrella of sound, which earned the attention of Stone Love Sound System and VP Records.

He has opened for established entertainers such as Yellowman, Macka Diamond, and Baby Cham.

He said, “I survived rejection, being a young artiste, to recently becoming among the youngest to be endorsed by the Stone Love Sound System and achieving a VP Records release with my newest single, Lifetime Survivor.”

The single, which was released three weeks ago, is a lyrical testament to the singjay’s own struggle in establishing a career in the music industry.

“I continue to survive through the process of breaking through in my music career. As an independent artiste, sometimes the road is difficult, especially when it comes to gaining recognition and affording the resources necessary to stay in the public eye. My aim is to exceed all expectations,” X-Amount said.

He said that Lifetime Survivor is directed at those who feel discouraged and perplexed about continuing their life journey and for individuals who have a dream to one day become successful and overcome their obstacles in life.

As he mentions in the track, “ the first time won’t be easy, but the second time you might succeed”.

Since the track has been made available on all major media platforms with the backing of VPAL Distribution, selectors across Europe have requested dub plates for the song, and X-Amount awaits potential booking opportunities.

A singer-songwriter, X-Amount, given name Gus Knight III, also prides himself on having an extensive background in music production and sound-editing skills. He graduated from Full Sail University, specialising in audio engineering.

“As an artiste, or anyone in the music industry, there must be a will to pull from the limited resources to make something out of nothing … . Giving up cannot be an option. One must be willing to enhance their skills whether it be vocal, performance training, and/or getting an education,” he said.

n Inspirations: “I give thanks to the Almighty, Father above, while paying respect to music legends past and present.”

n Interesting Fact: The brand X-Amount is also a clothing line created by the recording artiste. It currently has t-shirts and hats but will expand to other clothing items.