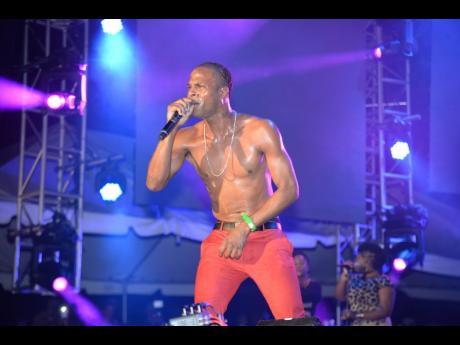 The artiste was taken into police custody on Wednesday by detectives from the St Andrew South Police Division and the Major Investigations Division following what the law enforcement authorities describe as "an investigation that has been going on for some time."

Senior Superintendent of Police Stephanie Lindsay said that the alleged gang-related activities involve the entertainer's home community of Seaview Gardens in St Andrew, and surrounding communities. Several other men were reportedly arrested as part of the investigation.

The entertainer, whose given name is Louis Grandison, was not charged up to press time last night.

In the meantime, two high-profile attorneys yesterday confirmed that they have been approached to represent the No Underwear deejay.

Peter Champagnie and Christopher Townsend said that even though they have been approached, individually, to represent Dexta Daps, they have not been retained.

"I have not yet been retained and until then I will not be able to advise as to what the situation is. I have to be guided by and be mindful of the investigation that is being done and I do not want to say anything that would prejudice any investigations being done into Mr Grandison at this point in time," Champagnie said. "If my services are retained, I will be pursuing the matter very vigorously on behalf of my client," he said.

Townsend, another popular lawyer, said "Nothing is set in stone in terms of representation."