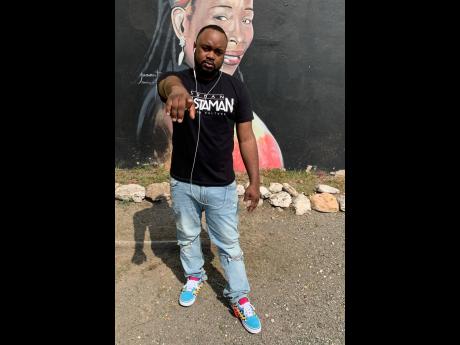 "Essentially, it's six songs about love that come together and tell a story. That was the significance of the six, but it's also a play on words," he explained. He also had the Caribbean connection in mind when it came to the title.

"We often play dominoes and I felt that competitive spirit was with me when I initially started making the project. As a young artiste, you may feel overlooked or underrated. I decided I would make six great songs and 'beat them bad', make them so great that the others couldn't compete; basically, give them six love," he said.

Music runs through his veins, as reggae artiste Curry Don is his father.

Born in Brooklyn, New York, Rohan was raised in his Jamaican household on Jamaican genres which ultimately had a major impact on the music he creates today. The diversity of cultures present in New York led him to also dabble in rap sounds.

Before the 6 Love EP, there were singles such as Summertime, One More and Crazy, which gave him some leverage with radio audiences. Rohan has high expectations for the project, which was two years in the making.

"I put a lot of work into the project and my hopes are that the listeners gravitate to it and relate to the music. I want them to be able to put it on and vibe and tell their friends. I hope it becomes a worldwide success," he said.

Working towards his goal of one day achieving a number one song on the Billboard reggae charts, Rohan has more in the pipeline, with a full-length dancehall project in the works, as well as a few new rap songs.