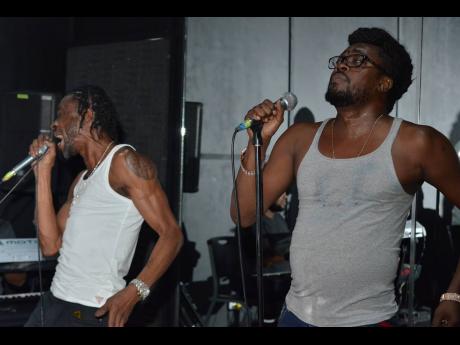 Beenie Man is known for his slender physique, but the Doctor appeared to have been putting on a few pounds for some time now. 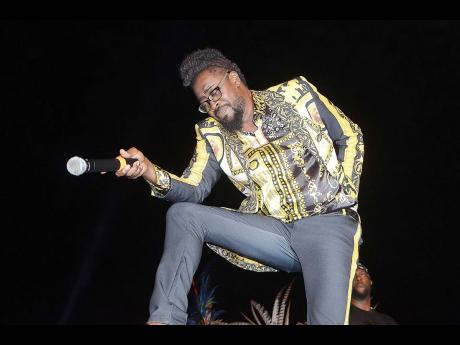 As his 48th birthday approaches, Dancehall Doctor and Girls Dem Sugar, Beenie Man, has become the latest artiste to start an intense journey into the realm of fitness. His partner, Krystal Tomlinson, and one of his fitness trainers, Patrice White, have a goal to get him "smexier for his birthday in August".

But, his brother and manager, Rohan 'Blue' Smith, who has long been urging the deejay to take a trek on the hill, just wants to see Beenie Man stick to his exercise programme. Blue finally has the magic wand he needs to ensure just that - fan pressure.

"Bwoy, ever since Saturday night the fans dem a give it to him. And Moses is a man who love to please him fans, so we going to see a different Moses now," Blue told THE STAR.

He was alluding to the Instagram Live Verzuz showdown which showed off the deejay's protruding belly to nearly 500,000 viewers, and which instantly became meme-worthy.

Beenie Man, however, took the trolling in good spirit, by posting some of the more hilarious memes. "Seet deh bright and early #WORKOUTMODE. I don't want to be that #BigBellyGuy," he posted on social media yesterday.

"I've been trying to get him in the groove so that he could have exercise as a part of his daily routine, just like how him know that studio is a everyday thing. But he will go one week and then the next week him knee a hurt him," Blue said, adding that after Saturday's epic battle with Bounty Killer, he got calls from four trainers as well as nutritionists.

Actually, earlier in May, the entertainer had posted workout videos, which showed him exercising outdoors, and appearing to get in shape. Blue, a fitness buff, takes credit for that. However, Beenie Man now has two fitness instructors, Wayne Williams and Patrice White, along with the wrath of his fans hanging over his head.

"Finally got Moses to commit, plus he promised me not to be that guy," White posted on social media on Monday, alongside a picture of Beenie Man. "Yup taking over @kingbeenieman training." She had earlier shared what his regime would look like, "20 burpees each @krystaltomlinson and @kingbeenieman at tomorrow's training session for all the WhatsApps, DMs, texts, tweets and calls I got last night, so make sure nufffffff food eat today, cause a nuffffffff burpees that!"